The latest Covid-19 information for travellers

11 things to do on the Sunshine Coast this summer

Grab your togs and throw another Mooloolaba prawn on the barbie – it’s summertime on the Sunshine Coast! 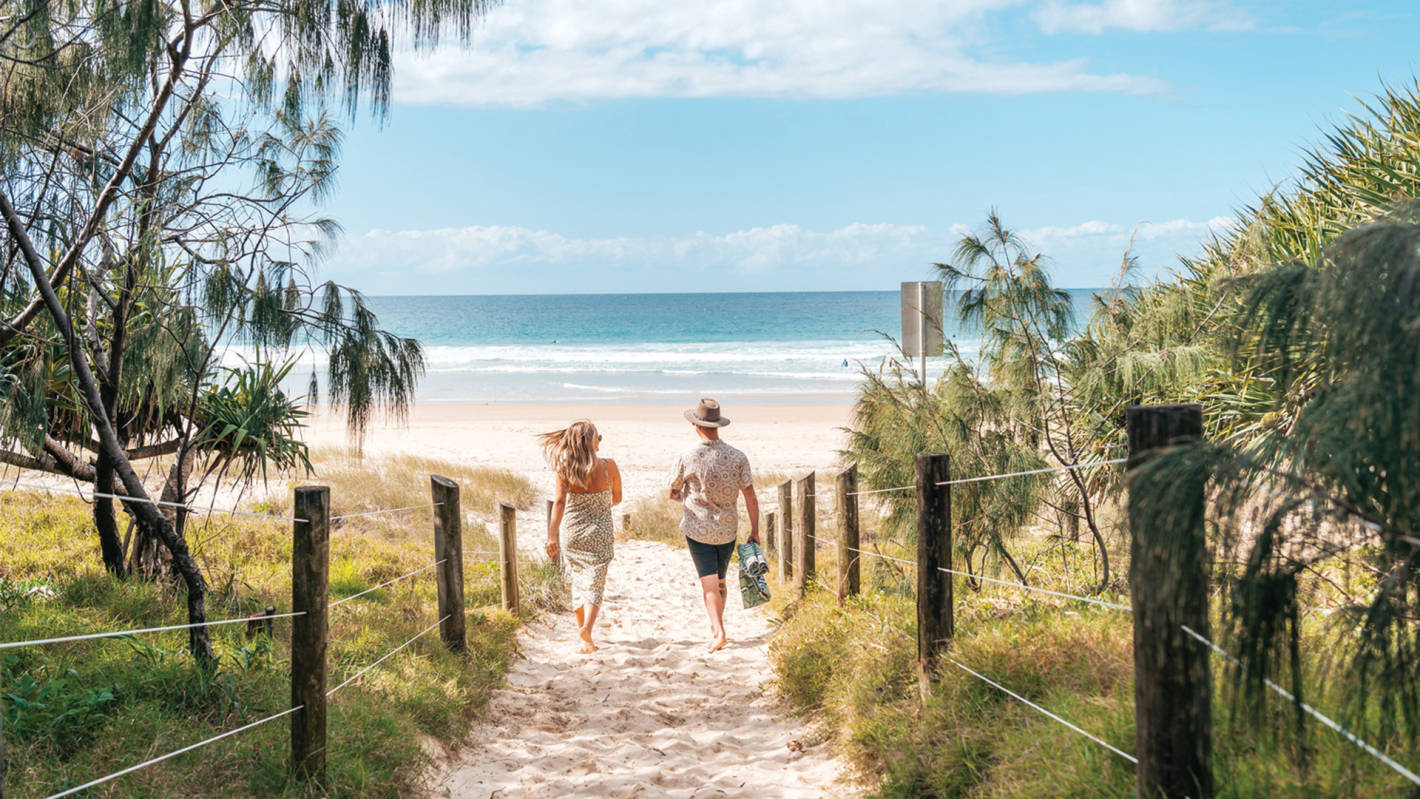 With an average 300 days of sunshine a year it’s only fitting that the Sunshine Coast is the place to be in summer, and here we’ve put together the ultimate list of things to see and do to make yours one to remember.

Whether you’re visiting for a day or taking a well-earned break, discover something new (and cool off in the process) with this ultimate summer guide.

1. Swim with turtles at Mudjimba Island

Did you know that just 15 minutes by boat out of Mooloolaba is one of Queensland’s most undiscovered coral reefs? The water surrounding Mudjimba Island is teeming with marine life, including turtles, wobbegongs, rays and fish. Take a snorkeling tour of the island with Sunreef Mooloolaba and see if for yourself – you won’t be disappointed!

2. Dive with sharks at SEA LIFE

Come fin-to-fin with enormous sharks and rays this summer at SEA LIFE Sunshine Coast! Thrill-seekers are invited into the iconic Ocean Tunnel to swim with nine different shark species including three grey nurse sharks, reef and wobbegong sharks. But don’t fear, the two-hour adventure takes you behind the scenes for a safety briefing and dive training before you take the plunge!

3. Discover a world of wonder in the Noosa Everglades

On the main street of Maleny in the Sunshine Coast Hinterland you’ll find ice-cream so good it will make you melt. Maleny Food Co churns local Geurnsey milk with fresh local produce to create small batches of more than 100 flavours of premium gelato and sorbet, many of which have won national awards. Winning flavours to try include their Hazelnut, Chocolate, Espresso, Blood Orange and Blueberry & Lavender.

5. Indulge at the ultimate summer barbie

Forget a snag on bread – we’ve found the ultimate summer barbecue! Terra Firma Dining has partnered with Kenilworth Homestead to host the Weekend Fire Pit: an outdoor barbecue of epic proportions. This event sees local produce including meats, seafood, vegetables and even pineapples slow-cooked over an open flame, a technique inspired by the traditional Argentinian Asado Barbeque. Enjoy watching the cooking process, before relaxing in the shade to tuck in - live music setting the scene.

6. Kick back with a cold one at one of our 21 craft breweries

The Sunshine Coast is Australia’s Craft Beer Capital. Here you’ll find a staggering 21 craft breweries across the region, and as well as being the perfect place to kick back with family and friends on a hot summer day, behind every brewery is a passionate local ready to share their story. Here local brewers find inspiration in their surroundings, using local produce in their beer and focusing on sustainability, turning your afternoon at the pub into a full exBEERience.

If you have ‘learn to surf’ on your list of things to do every time summer rolls around, now’s the time to make it happen! Take your pick of Coolum Surf School, XL Surfing Academy at Alexandra Beach, Noosa Learn to Surf or Rainbow Beach Surf School – you’ll be hanging ten in no time.

8. Eat seafood at sunset on a coastal cruise

Nothing says summer like seafood, and Mooloolaba is one off the busiest seafood ports on the eastern seaboard. For a truly unique experience, take to the water at sunset with Coastal Cruises Mooloolaba for a seafood dining experience like no other. Enjoy a fresh local seafood platter - glass of wine and Mooloolaba prawn in hand - as you cruise along the Mooloolah River.

Wish your beach day could last forever? On the Great Beach Drive it will! The breathtaking drive takes you along the sand from Noosa North Shore all the way to Double Island Point and north to Rainbow Beach for more than 100km of pristine coastline and sandy beaches. Pass through two UNESCO declared Biospheres, spot dolphins and turtles off the point and marvel at the coloured sands. The Great Beach Drive is accessible by 4WD only for self-drivers or through tours with Epic Ocean Adventures and Great Beach Drive 4WD Tours.

10. Explore hidden waterholes in the Hinterland

There’s plenty to explore beyond the beaches of the Sunshine Coast, and hidden waterholes and stunning waterfalls are just the beginning. Just 10 minutes from Mooloolaba will take you to Serenity Falls in Buderim, or head to the Hinterland for a cooling dip at Garnders Falls in Maleny or Kondalilla Falls in Montville – bliss.

The days are getting longer, the nights are heating up and twilight markets are in full swing on the Sunshine Coast! Over summer some of the region’s biggest and best markets open up at night, including the Original Eumundi Markets who hold foodie Moonlight Markets once a month on a Friday evening, the Twilight Markets Caloundra overlooking Bulcock Beach, the Currimundi Lake Twilight Markets and the Marcoola Friday night market.

Discover the Hinterland. For real.

Buderim in acclaimed for its leafy streets, flowering trees and the renowned Buderim Forest Waterfall Walk and Buderim F...

Maleny has a special magic that will cast a lingering spell over you when you visit.

Yandina is one of the oldest towns on the Sunshine Coast - famous for its pub, the Ginger Factory, Yandina Station and ...

Rainbow Beach is nestled between Fraser Island, Great Sandy National Park and the expansive Pacific Ocean. Here you will...