Discover the flavours of the Sunshine Coast

A natural food bowl, the Sunshine Coast is one of Australia’s favourite taste destinations. With its distinctive coast and country geography, the region delights with an appetising variety of producers, waterfront and hinterland restaurants, wineries, breweries, food festivals, cooking schools and farmers markets. 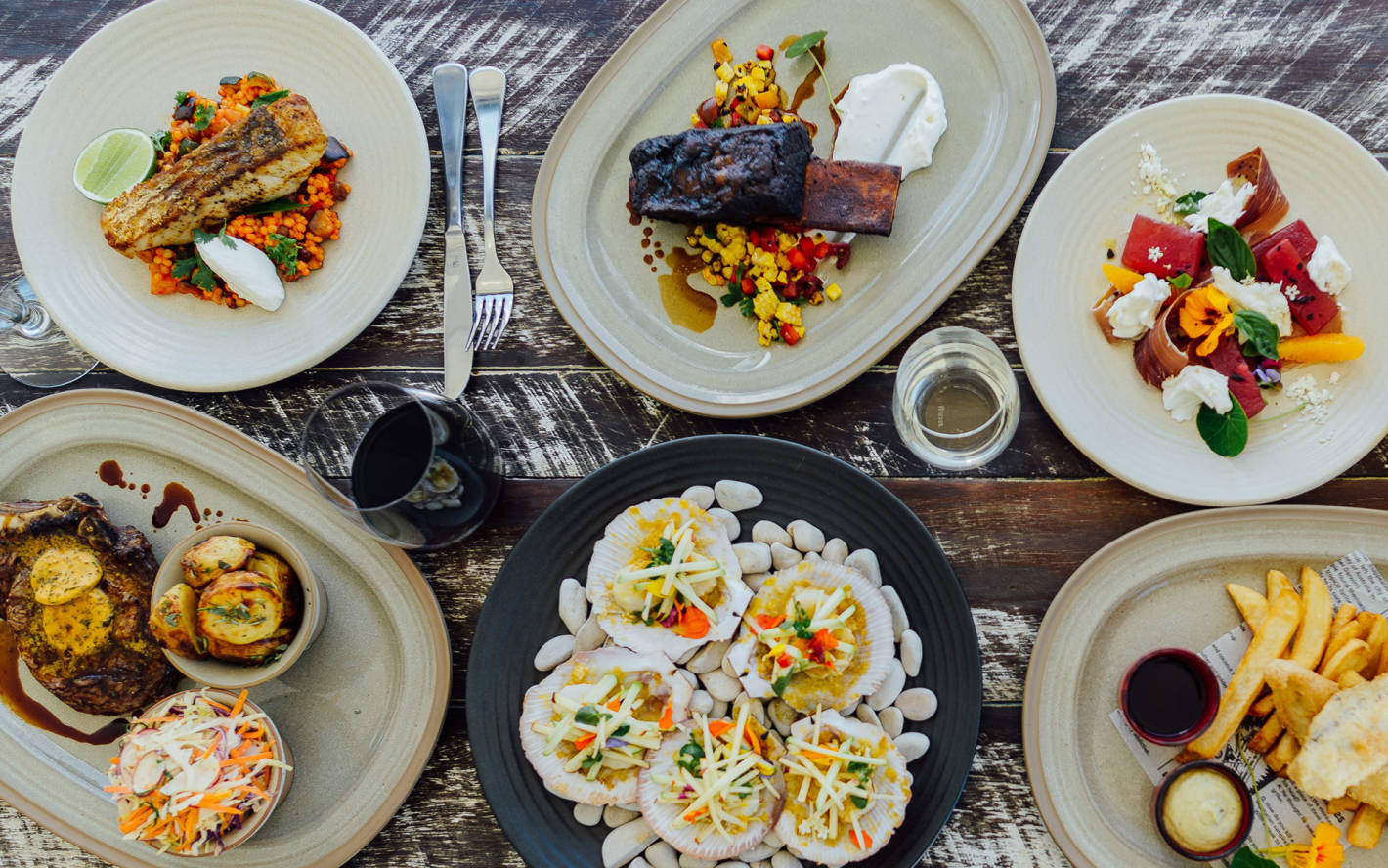 Celebrate the coast’s bountiful local produce by visiting one of the region’s many food attractions or by taking a food and wine tour or a factory tour, where you can get up close to smell, taste and touch an authentic food experience. Create your own food adventure by using our easy Food Trail mapping tool.

Alejandro Cancino, former executive chef of multi-awarding winning Brisbane restaurant Urbane, has recently relocated to the Sunshine Coast with his family. Alejandro creates his own vegan products through his company Fenn Foods, which he sells throughout delis across south-east Queensland. He also plans to open a vegan café in Kuluin near Maroochydore, later this year.

“There is a large and ever-growing vegan community on the Coast. I love the place and the people, and it feels like the region’s food scene is on the cusp of something big, and I wanted to be a part of that.”
Alejandro Cancino, Director Fenn Foods and Sunshine Coast Ambassador

Mooloolaba is the biggest swordfish port in Australia and is one of the busiest seafood ports on the eastern seaboard. The wharf is a hive of daily activity with trawlers bringing in boatloads of swordfish, the famous Mooloolaba prawns, lobsters and spanner crabs. The best place to find ‘the catch of the day’ is on Parkyn Parade in Mooloolaba, where you’ll find fresh seafood markets.

Now considered amongst the best in Australia, the Coast’s craft breweries, found in picturesque locations along the coast and in the hinterland, have become attractions in their own right. The region now boasts 12 innovators who brew on site including the award-winning Moffat Beach Brewing Co, Brouhaha Brewery, Macleod Brewing Co and Sunshine Coast Brewery as well as the renowned Eumundi Brewery and Your Mates Brewing Co.

The coast’s brewers have built close relationships with local farmers, recycling spent grain for cattle, and sourcing local fruit and produce for distinctive seasonal beers. Why not take a craft beer brewery tour of the Sunshine Coast while you are here?

Flavours for every palate

From funky cafes to award-winning restaurants, degustation menus and good old-fashioned country pubs, you’ll be spoilt for choice when it comes to seasonal fare and vibrant food culture. The Sunshine Coast is home to some of the country’s most awarded restaurants including The Long Apron, Wasabi, Locale, Spice Bar, Ricky’s River Bar, Noosa Boathouse, Tides Waterfront Dining, The Tamarind, Noosa Beach House Peter Kuruvita and the Spirit House.

“Most of my inspiration comes from the landscape – both the physical and food landscape of the Sunshine Coast region where we have access to the most extraordinary produce, fishers and makers… abundance certainly abounds. It is truly an edible oasis.”
Cameron Matthews, Group Consulting Executive Chef, Spicers Luxury Retreats Qld & NSW and Sunshine Coast Ambassador, Regional Flavours 2018

The Sunshine Coast isn’t short of food and beverage festivals that celebrate the best of the region's fresh food, produce, beer and wine.

The Curated Plate, a new four-day destination food festival, is set to make its debut on the Sunshine Coast from 8 to 11 August 2019.

In a celebration of the relationship between the chef and producer, the festival will bring together some of the region’s finest produce with the best chefs in the Australian and international dining scene. The Sunshine Coast’s acclaimed produce and producers, sustainable practices, artisan culture, and health and wellness, will form key themes of the festival, with local experiences – from food trails to farm tours – also featuring in the program.

Indulge in award-winning wines and mouth-watering food cooked by celebrity chefs on Noosa’s Main Beach at the Noosa Food and Wine Festival. Beer connoisseurs can taste ice-cold international and domestic beers and ciders on tap at the Sunshine Coast Craft Beer and Cider Festival. And wine lovers, celebrate the local grape harvest at the annual Grape Stomp at Flame Hill Vineyard. Other annual events include the Ginger Flower and Food Festival, Noosa Craft Beer Festival, Kenilworth Cheese and Wine Festival and the Goomeri Pumpkin Festival.

Cook up a feast

If you’re feeling inspired by the great food in the area, grab an apron and become a cuisine master at one of the region’s many award-winning cooking schools. Learn from the masters of Japanese, French and contemporary South East Asian cuisine, and be sure to impress at your next dinner party. Check out the cooking schools at the Spirit House in Yandina, Spicers Tamarind Retreat in Maleny, Red Hot Chilli Pepper in Caloundra and The Cooking School in Noosa.

Create your own food trail

The Sunshine Coast is a foodie’s haven with over 400 food and beverage experiences. Create your own food trail based on the region you’d like to explore and your interests - dining, cooking schools, local breweries, farmer’s markets, food trucks and more! Use our Food Trail interactive tool to build your journey around the Sunshine Coast.

Discover fresh local produce, homemade treats, funky jewellery, handmade clothing and talented buskers at markets right across the Sunshine Coast. As you wander around the region’s markets, it won’t take you long to realise why the Sunshine Coast ranks as one of the top ‘market’ destinations in Australia.