Mark your calendars, here are 8 Sunshine Coast events worth travelling for in 2022

Mark your calendars, here are 8 Sunshine Coast events worth travelling for in 2022

When it comes to epic events, the Sunshine Coast’s calendar is seriously stacked in 2022. 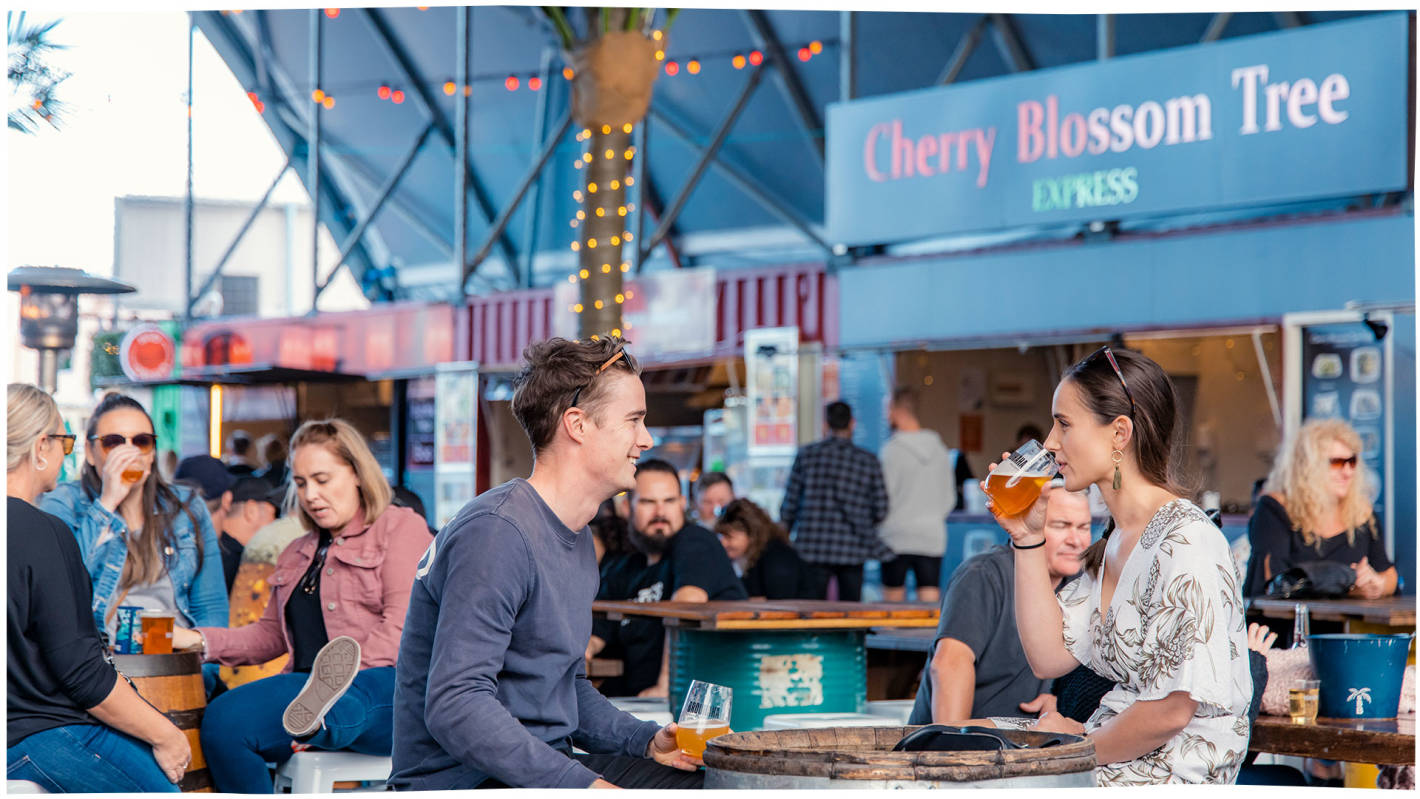 From art, food and beer festivals, to events celebrating culture, comedy, fashion and fitness, we’ve got your itinerary sorted. Diaries at the ready, these are some of the best Sunshine Coast events in 2022.

If you promised yourself that 2022 was the year you kicked some serious health goals, then
you’ll want to mark 11-13 March in your calendar because the annual Mooloolaba Tri (aka Moo Tri as the locals call it)  is back for its 30th anniversary. Set amongst one of the most beautiful backdrops in Australia, you’ll run, swim and cycle your way to victory all the while taking in the natural beauty of one of Queensland's best beaches. More of a spectator? We guarantee you’ll get just as much of a buzz from the sidelines cheering everyone on.

The Sunshine Coast is Australia’s Craft Beer Capital, and the Craft Beer
& Cider Festival at NightQuarter is a time to come together, raise a cold one and celebrate that fact. The festival will see more than 100 different styles of craft beer and cider, sourced from breweries far and wide for you to try. Not a beer fan (how?), no worries, there will also be cocktails, wine and bubbles available too, as well as drool-worthy food stalls and awesome live entertainment.

Looking for one of the best feel-good events happening in Queensland this year? The Rangebow Festival - which celebrates diversity, inclusion, sustainability and reconciliation - is it! Taking place over one seriously fabulous week in August, the not-for-profit festival, conducted by the Montville Village Association, will bring ALL the good vibes to the Coast with a packed program full of amazing events. Think: dreamtime stories in the Glasshouse Mountains, a queer film night, a performance from the Sunshine Coast Sympthony Orchestra under the full moon, wine tours, an enchanted garden party and a cabaret night.

When: 6-13 August
Where: Montville

Cancel your plans on August 26 because one of Queensland’s coolest art festivals is coming
to the Sunshine Coast and trust us, you don’t want to miss out. Spread out over 10 incredible days, the Horizon Festival is a true celebration of contemporary art, music, theatre, dance, words and film. Featuring a mix of home-grown artists and global stars, Horizon is all about inspiring creativity, new ideas and showing off the cultural vibrancy of the region. Expect live music, comedy shows, creative workshops, interactive installations, inspiring talks, plus loads of local food and drink pop ups.

When: 26 August to 4 September
Where: Caloundra

That’s Not My Dog Festival

Comedy lovers listen up, Queensland's best comedy festival is coming to the Sunshine Coast
and it’s going to be a cracking good time. After the rollercoaster that was the last two years, we’re all due a solid laughing sesh and That’s Not My Dog will certainly deliver. The festival is inspired by actor and all-round funnyman Shane Jacobson’s movie of the same name, and features a stellar line up of Australia’s biggest names in comedy and music including Jacobson himself, Fiona O'Louglin, Michala Banas, Tripod, and musical acts Killing Heidi and Ross Wilson.

Whether you’re an athlete or not, come October 26, there’s nowhere else in Australia you’d
rather be than on Noosa’s sandy shores. The famous Noosa Tri draws in athletes and spectators from not only across the country, but around the world, for it’s incredible tri course. Hastings Street comes alive with live music, bustling restaurants and all-around good vibes. If you’ve always wanted to take part in this bucket list experience, consider this your sign.

Calling all fashionistas, the Australian Wearable Art Festival is for you. Known as a place where Gaultier meets Picassco, you’ll be in awe of the incredible display of high-end fashion and sculptural art. With more than 50 national and international collections taking to the catwalk, it’s not hard to see why Australia’s largest wearable art show is a must-attend event for 2022. Post show, you’ll also get the chance to rub shoulders with the designers and be inspired by the artists so you can kickstart your own creative journey.

Greenthumbs or those looking to up their garden skills will want to make a beeline to the Queensland Garden Expo, one of the Sunshine Coast’s most popular events which attracts up to 40,000 people each year. Held in beautiful Nambour over three days, you’ll get the chance to
participate in workshops and demos, attend lectures from some of Australia’s
most knowledgeable greenthumbs, peruse dozens of stunning nurseries and
landscape garden displays and check out the floral competition, plus there’s
loads of activities to keep the kids happy.