The Sunshine Coast is becoming synonymous with craft beer, so much so it’s now known as the Craft Beer Capital of Australia!

In Pursuit of Hoppiness podcast is all about those breweries and the characters behind the beer, who they are, how they got started and why they chose the Sunshine Coast.

This episode of In Pursuit of Hoppiness is a chat with Matt Wilson, the owner and brewer of multi-award-winning Moffat Beach Brewing Co with host and legendary news anchor, Paul Taylor.

From small beginnings to being crowned the most awarded Independent brewery in Australia – find out how Matt and his team have gone from strength to strength, expanding to open a second big brewery that's adorned with magnificent local artwork at the entrance to Caloundra.

The craft beer scene here on the Sunshine Coast is vibrant and it's growing. In this episode Paul Taylor has a yarn with Christian McGarry from Your Mates. Now talk about vibrant and growing!

Probably too modest to admit it himself, but Your Mates in fact, Christian, they're the epitome of the local independent beer scene. Laid back, cheeky, natural and just great fun to be around. So, grab your thongs, get a towel, slap on some sunscreen because this one is a beauty.

This episode of In Pursuit of Hoppiness, host Paul Taylor sits down with Brouhaha Brewery production manager Tobias Alcorn and venue manager Becks Smedley. Brouhaha was born in Maleny in 2016, where four lads actually did what many of us have dreamed of doing – and they put their money where their mouth is and opened a brewery.

Brouhaha now operates out of two locations, with Maleny acting as the pilot lab for seasonal creations, where the mad scientists do their stuff, and the new venue at Aura acting as a production brewery tap room.

This episode of In Pursuit of Hoppiness involves a bloke, a van and a dream filled with craft beer. Josh Donohoe from Sunshine Coast Craft Beer Tours is that man with a van. Actually, he's a man with four vans. He can get his hands on a bus to if you need it.

He's been part of the craft beer scene on the Sunshine Coast for longer than most of the brewers and has seen how the industry has grown over the last decade. Being a tour operator, he can talk underwater with a mouthful of marbles. Talk the leg off a chair! Join Paul Taylor as he chats with our unofficial Sunshine Coast craft beer Ambassador. The man with a van and a plan, Josh Donahue.

Join Paul Taylor as he cracks a tinny or two with Terella Brewery, founder, owner and head Brewer, a bloke called Brandt Bamford. Now Brant is a knockabout type of fella. He's armed with a dream in his mind, a twinkle in his eye and a bucket full of energy to boot. Paul and Brandt have a chinwag over Sunshine Coast holidays being more than meets the eye and an introduction that turned his dream into a reality.

If you’d prefer a lager style brew than this is the episode for you. Join Paul as he chats with Craig Masterton, founder and owner of Heads of Noosa about their range of award-winning lagers,  sustainable brewing practices and how he and his brother/head brewer Lance, got into the art of craft brewing.

In the hot seat for this episode is Rupert Hall from 10 Toes Brewery. Ten Toes is one of the first of the Sunshine Coast new wave of breweries now totalling over 20. But who's counting?

The Ten Toes philosophy is about taking a step back from the corporate life and embracing your passion – for Rupert that includes his love of beer and the science that goes into making it. Join Paul as he chats with Rupert about his journey, his family and the characteristics of this independent breweries stand out craft beers.

In the hot seat for this episode is born and bred local John Madill from the Sunshine Coast’s very own Boiling Pot Brewery. John had a successful career in the car industry before putting the brakes on it and beginning a brewery in his hometown of Noosa. John's a bloke who knows what he wants, and he goes about getting it with a twinkle in his eye.

Paul catches up with the bad boys of brewing here on the coast at Blackflag Brewing. It’s all about the beers and ideas on a whiteboard. It's Steve, the leader. Ross, the resident artist. And Clint, the brewery creator from Black Flag Brewing. They talk award-winning Can Art, tattoos, Harleys, engineering expansion and crowd funding.

Opening to the public in May 2017, Sunshine Brewery is situated in the industrial estate of Kuluin. In this podcast, listen to the origin of Sunshine Brewery as Paul and Daryle Cook talk through their flagship beers and get more of an understanding on how these Brewers keep their family brewery hustling in the Craft Beer Capital of Australia.

Join Paul as he chats with the Curran family, Bridget and Greg who bought the place at Kunda Park behind Maroochydore over 20  years ago, and their daughter Bernadette  who recently joined the throng as head Brewer. With their mixed bag of skills and passions – they may be the perfect lot to own a brewery.

Our breweries are so much more than producers of award-winning beer, they are places to come together, enjoy good food and drink, listen to live music and have a good time.

You can discover the regions diverse range of breweries and venues with our new online trail .

If you want to learn more about the beers and meet the local brewers; go behind the scenes and join one of the many craft beer tours on offer. 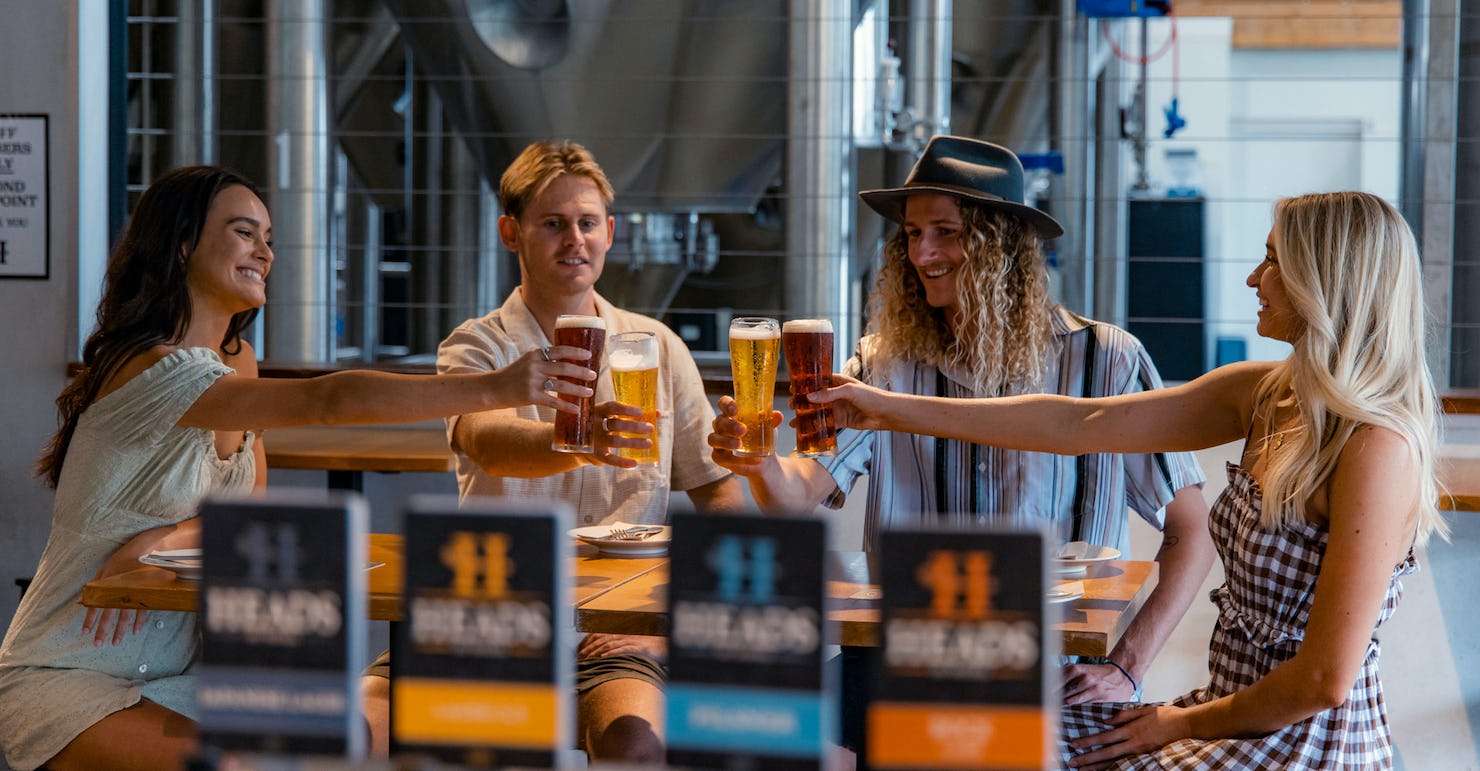 The Sunshine Coast has been dubbed the ‘Craft beer Capital of Australia’ – and for good reason.

Love beer? What better way to experience it than go on a behind-the-scenes brewery tour where you get to do some tasting... 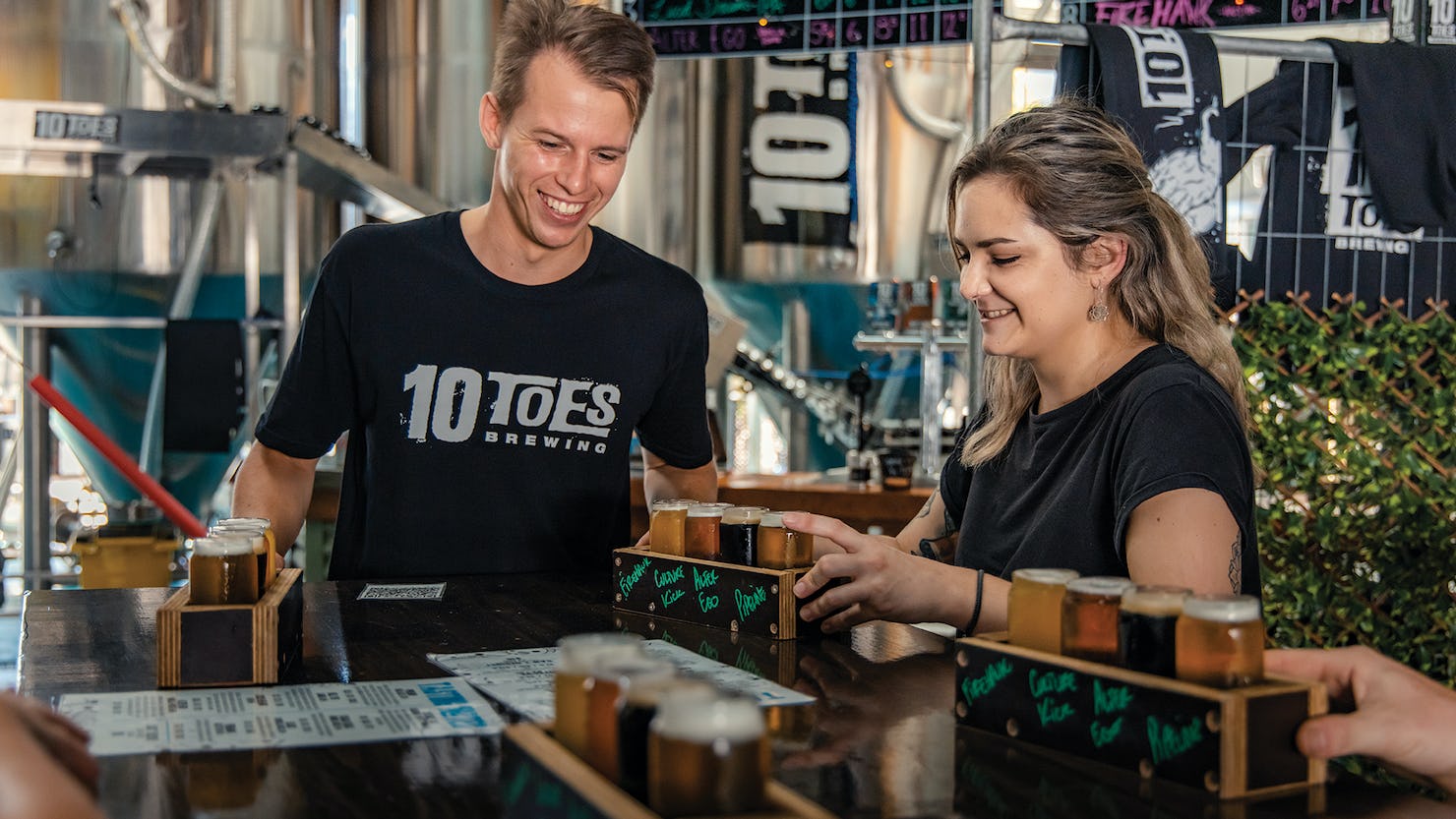 5 awesome local breweries to get your drank on!

In case you’ve been living under a rock -craft beer is all the rage right now. And the Sunshine Coast, not one one to be... 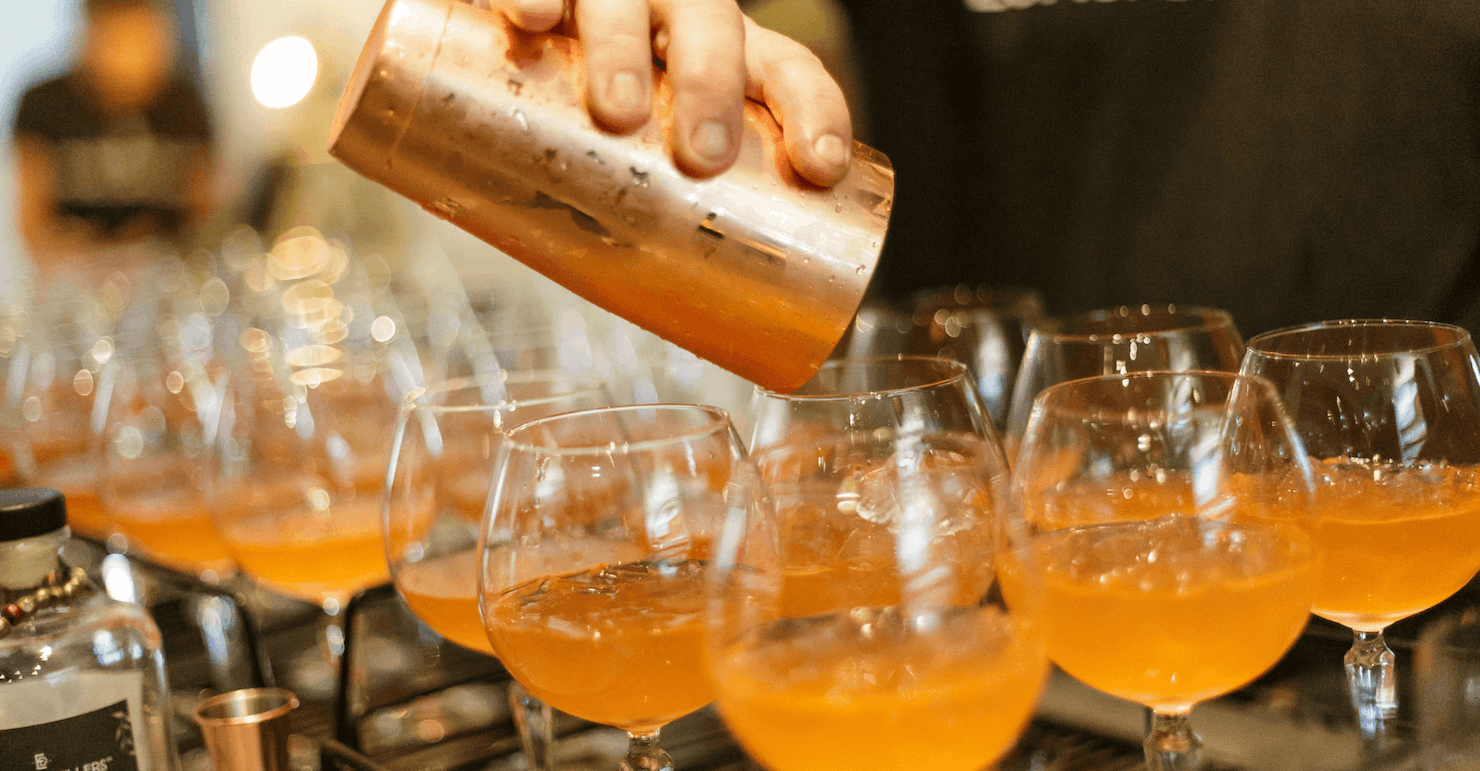 The craft beer scene is booming here on the Sunshine Coast and there is no shortage of options to quench your thirst.