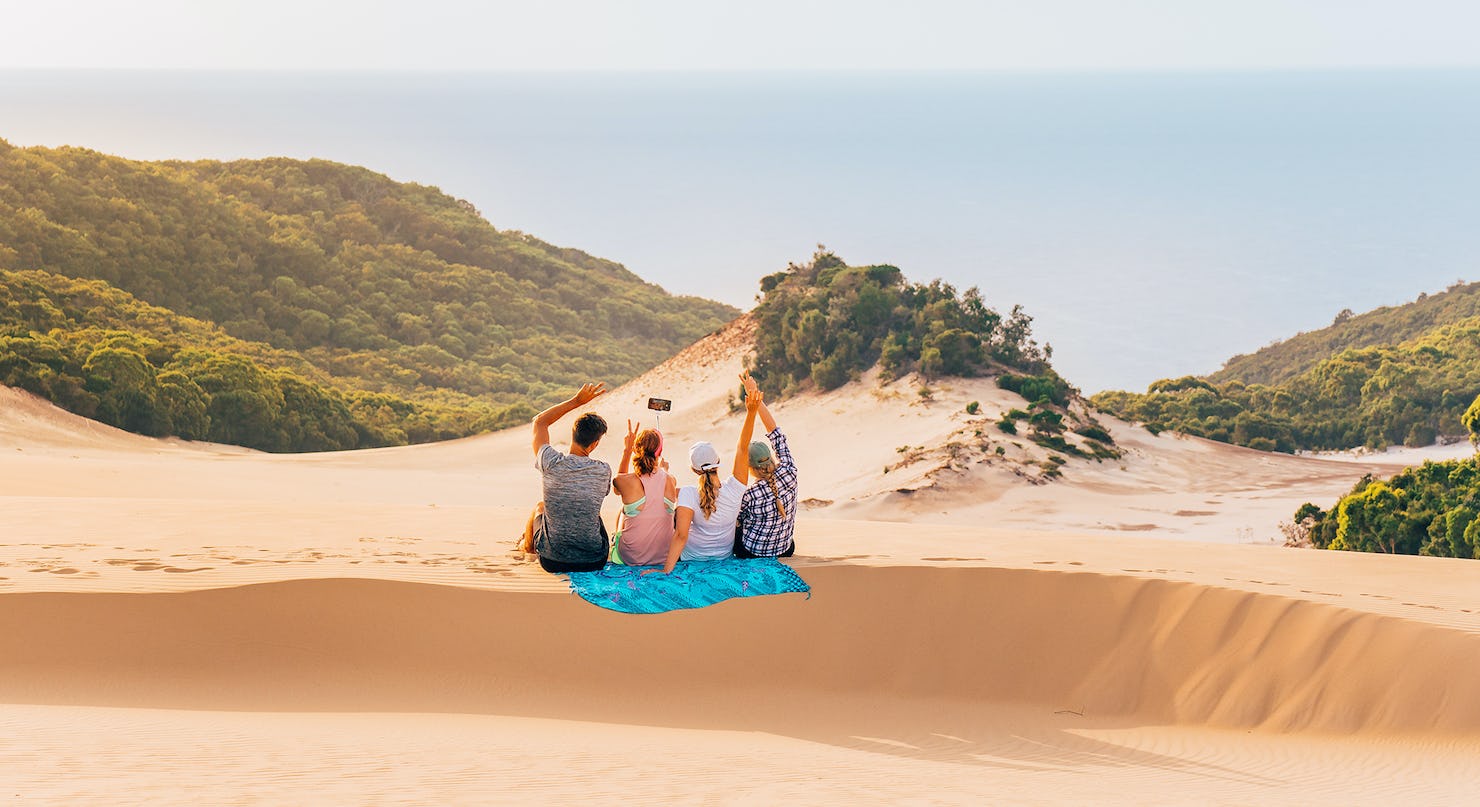 Rainbow Beach is an idyllic coastal town situated on the Great Beach Drive. Gazetted as town in 1969, it was first settled by sand miners, who were mining the rutile (black sand) to extract titanium oxide. It's now know for it's laid-back beach vibe and easy access to the aquatic playground of Rainbow Beach at the eastern end of the town. 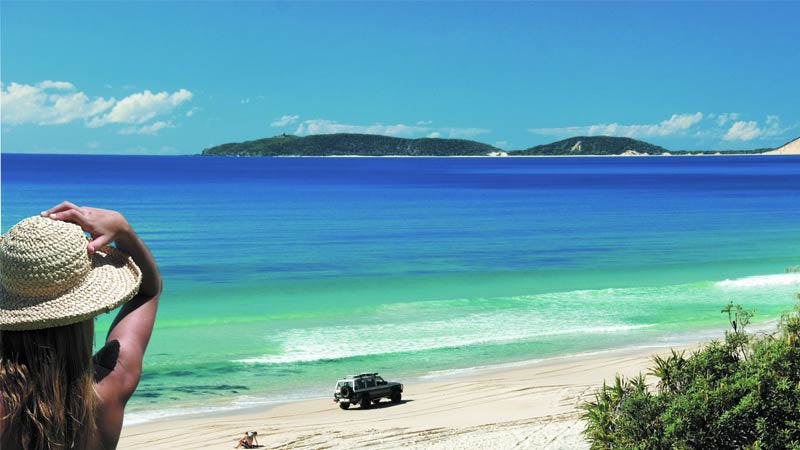 Formed approximately 50,000 years ago by a lightning strike, ‘Carlo Sand Blow’ is a 15 hectare sand mass directly behind the town of Rainbow Beach. It provides wonderful views of the coloured sands, Double Island Point and across the Great Sandy Strait to Tin Can Bay. Carlo is also a perfect spot to watch sunrise and sunset. 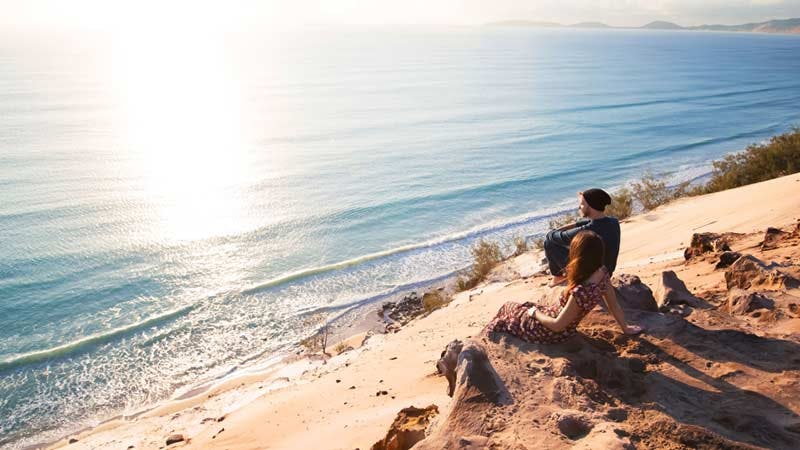 Created over thousands of years by leached vegetation and iron-ore minerals, staining the sand dunes with a vibrant spectrum of over 40 different shades of colour. 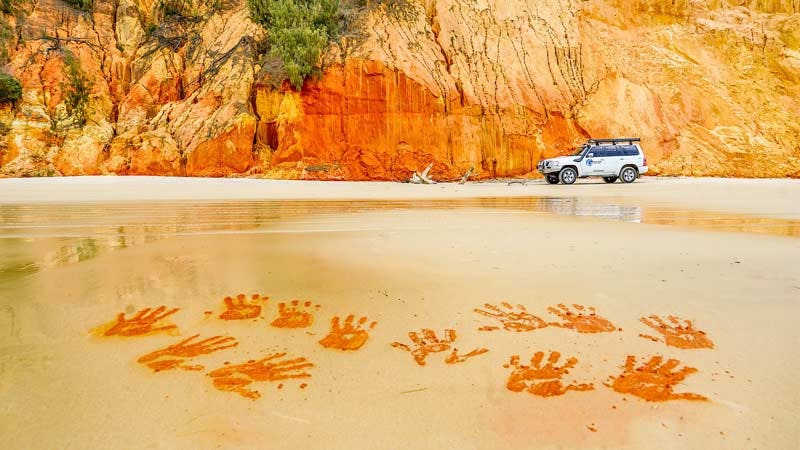 The Leisha track was named after a ship that ran aground on Teewah Beach in 1954. It is an 800 metre track that takes you from the Pacific Ocean across a neck of land through to Honeymoon Bay and the Coloured Sands.

Named by Captain James Cook in 1770, because it  looks like two separate islands from out to sea. Double Island Point is made of basalt volcanic rock and home to prolific marine life where pods of dolphins, turtles, manta rays and whales (seasonal) can often be sighted. ‘DI’ is also home to one of the longest right hand surf breaks in Australia. 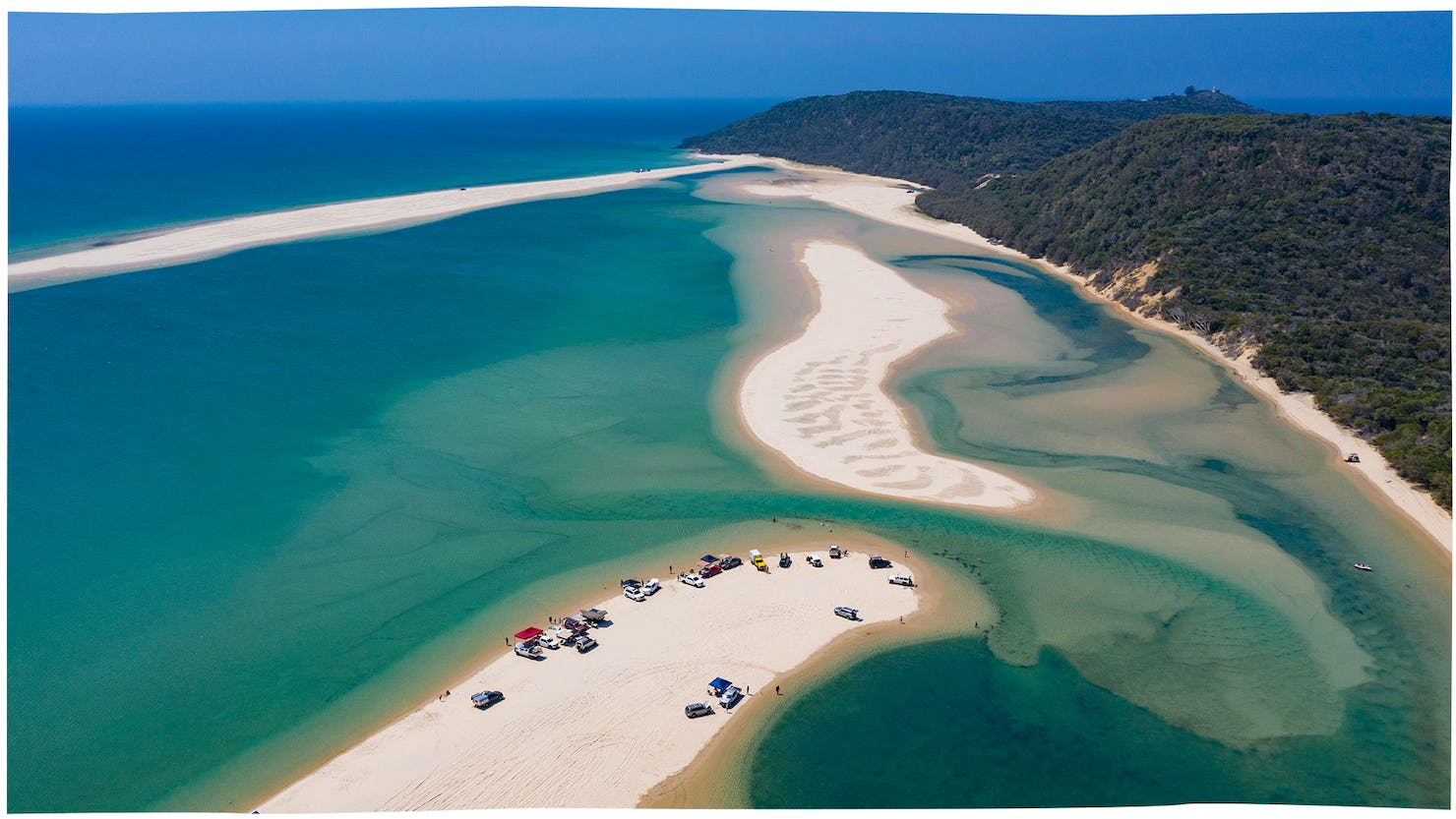 The coastal headland is home to the famous lighthouse which offers panoramic views from Noosa to Fraser Island and some of Australia’s most stunning coastal scenery. The lighthouse was made in England, shipped to Double Island Point and erected in 1884. It became fully automated in 1992, and is still an active working lighthouse.

A volcanic outcrop and one of the best dive sites in Australia, Wolf Rock is the natural habitat of the endangered grey nurse shark. Part of the Great Sandy Marine Park the region is protected and for experienced divers only.

Set amongst the world recognised coastal dune system in a unique rainforest setting, you can have morning tea with lace monitor lizards, the second largest of the Australian goannas.

A unique pinnacle formation of oxides that have taken several hundred thousand years to form the red and yellow sands.  With the help of Mother Nature, water run-off has created a beautiful colour display. This was a secret meeting place for the women of the traditional owners of the land, the Gubbi Gubbi people. 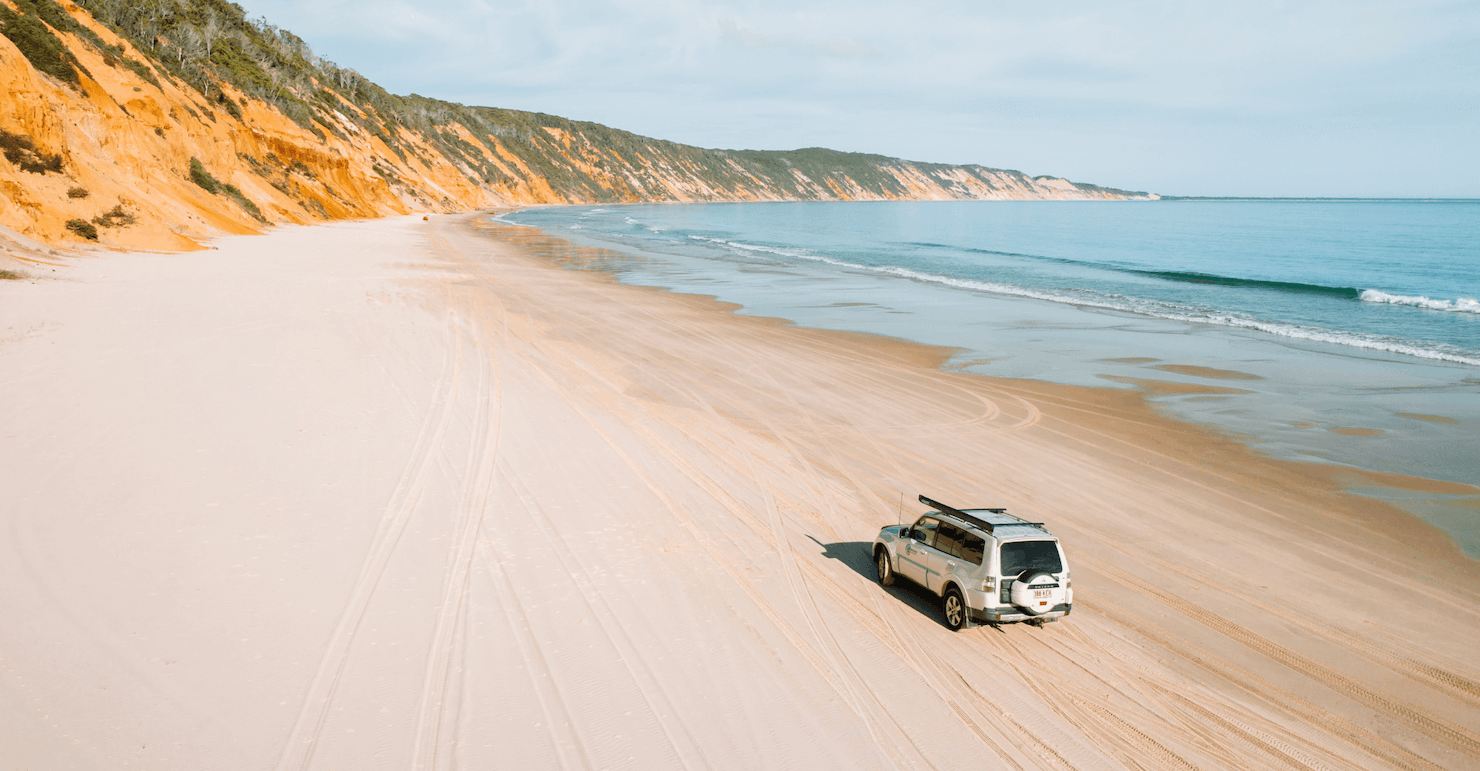 Rainbow Beach is nestled between Fraser Island, Great Sandy National Park and the expansive Pacific Ocean. Here you will...