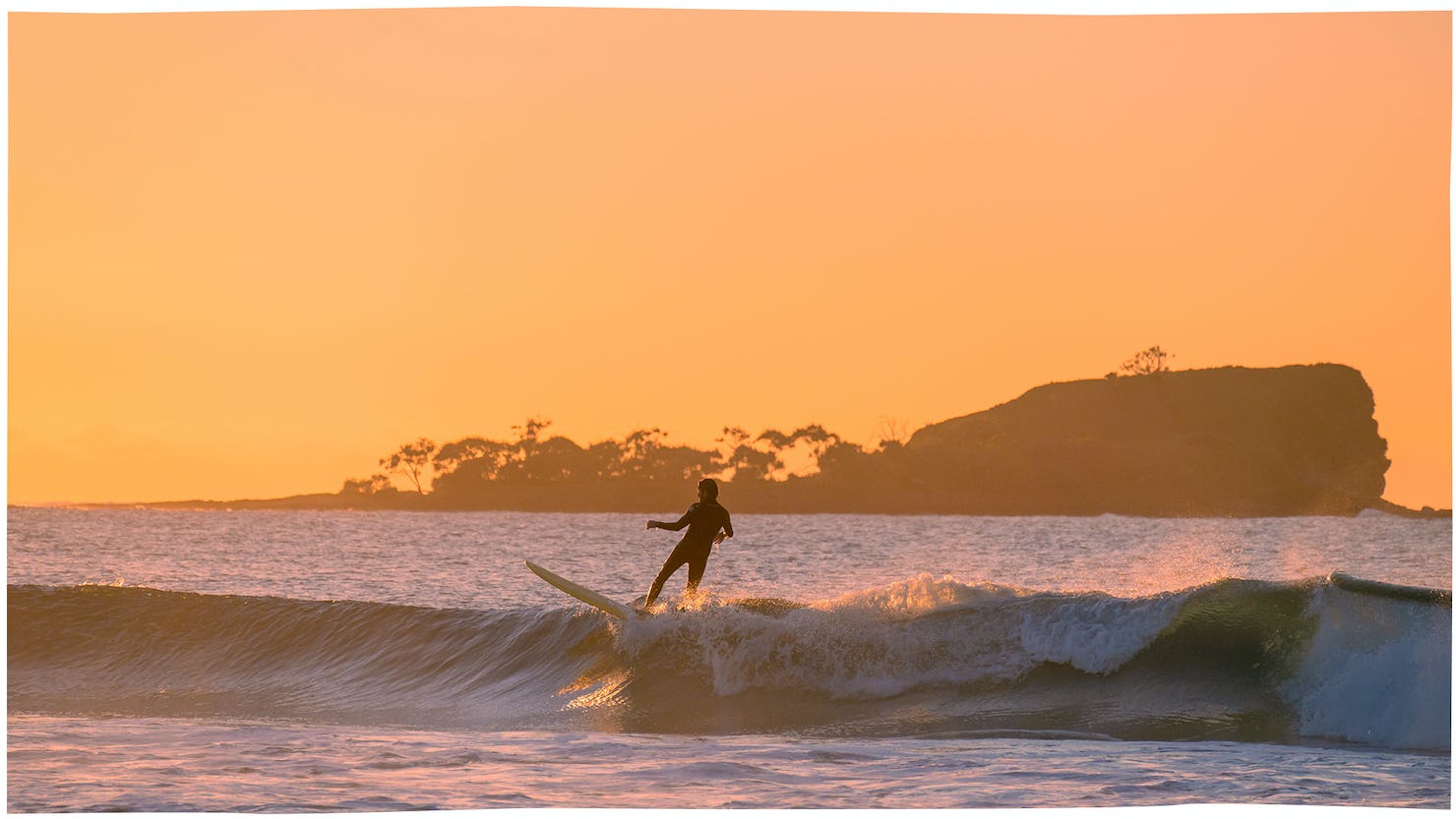 And the good news is, you don’t need to shred like local pro Julian Wilson to get your fix.

Whether you want pumping point waves, a killer beach or reef break, gentle rolling swell for the groms or an oh-so-patient - we get it! -  surf coach to show you the ropes, the Sunshine Coast is an epic surf trip destination for beginners and pros alike.

So, throw your boards on the roof, slap on some sunscreen and hit up one of these Sunshine Coast surf spots for that ultimate surf stoke this summer.

Rolling Waves for the groms

There’s nothing like seeing the beaming face of a grom on their very first wave to amp up that feel-good factor – so grab the kids and get out there. 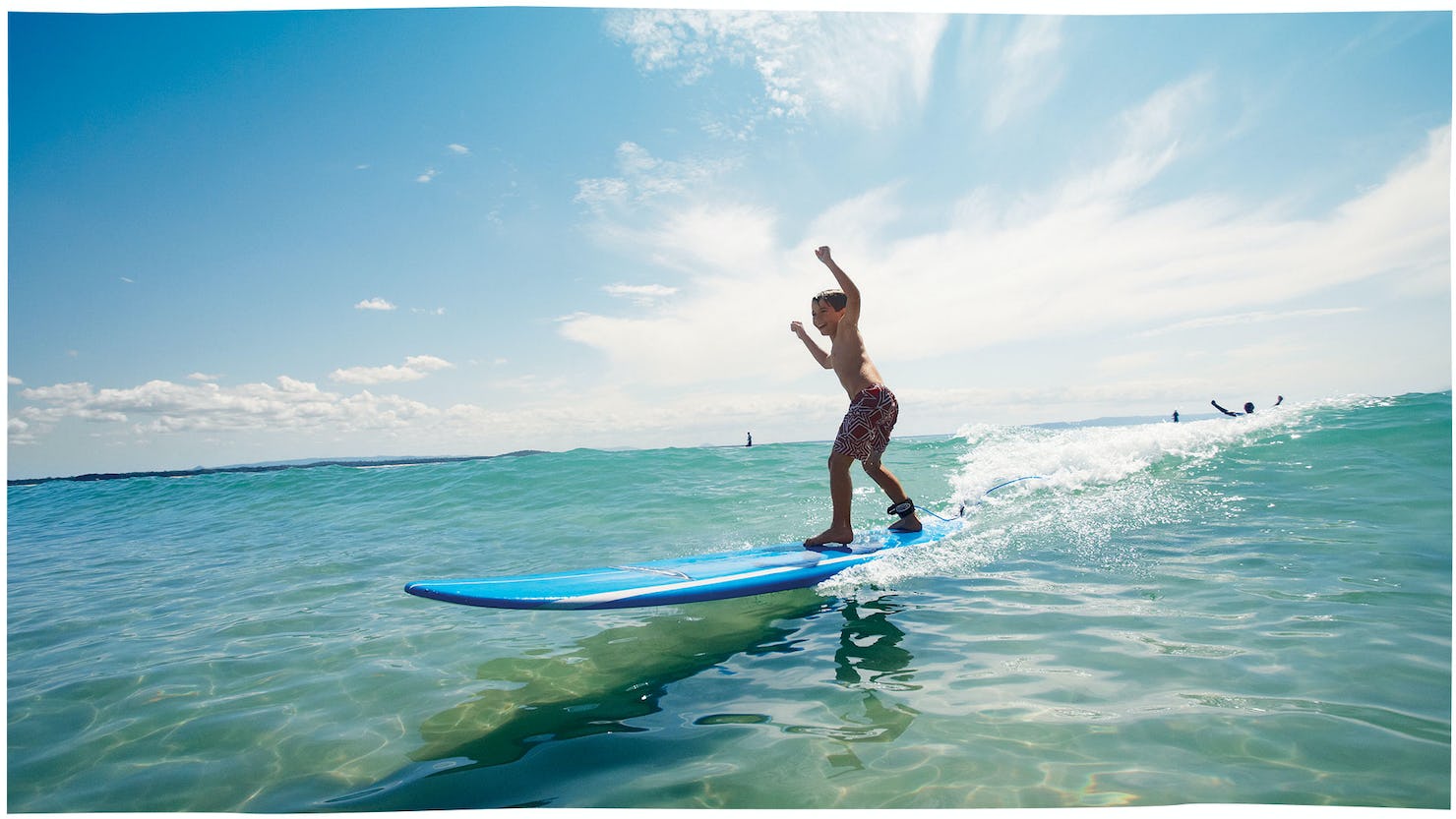 For a scenic saltwater session and for making memories with your tribe, Noosa’s Tea Tree Bay is an absolute gem of a spot for a family surf.

Follow the winding paths of the Noosa National Park for around 20 minutes and you’ll find this tranquil oasis, where the National Park meets the teal-green waters and perfect, cruisy right-hand point waves.

Flanked by Australia’s longest stretch of coloured-sand cliffs, the northern side of Double Island Point at Rainbow Beach is also an epic spot to push the kids on some fun waves in clear, picture-perfect water. Accessible by 4wd, you’ll want to spend the whole day here.

Known as one of the consistently best spots to learn to surf on the Sunshine Coast, Caloundra’s Happy Valley also offers long, gentle rolling waves which are perfect for beginners – and guaranteed to put that priceless grin on the kids’ dials. 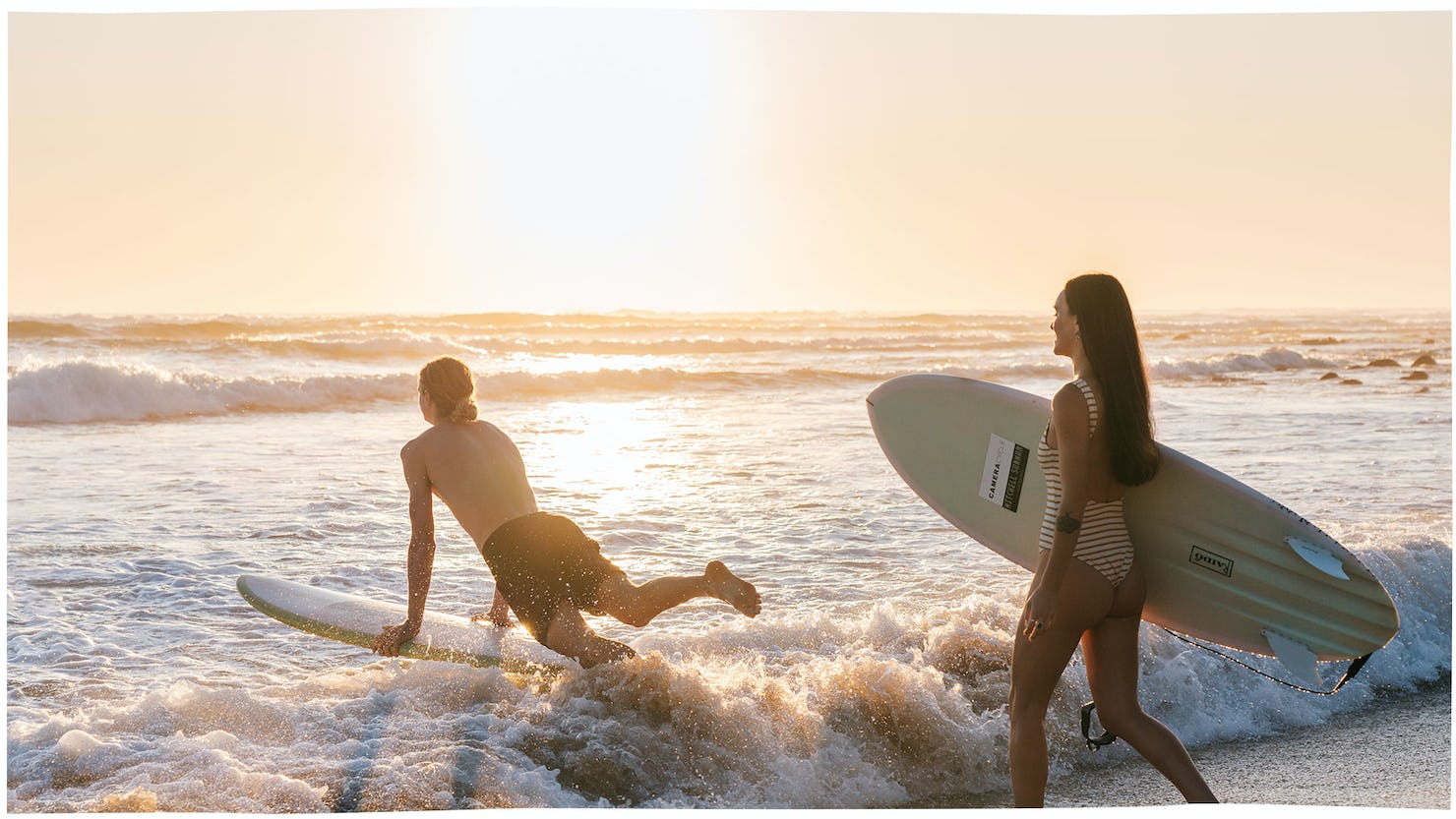 Best breaks for the pros

Make like a Sunshine Coast local and head to Alexandra Headland – or ‘Alex’ - located between Mooloolaba and Maroochydore to catch your morning wave.

There’s a spot off the point, known as The Bluff, which is a local go-to when there’s decent swell but also good for a longboard wave in smaller conditions.

Further north and home of Australian professional surfer Julian Wilson, Coolum Beach is known as one of the best spots to surf in Queensland. 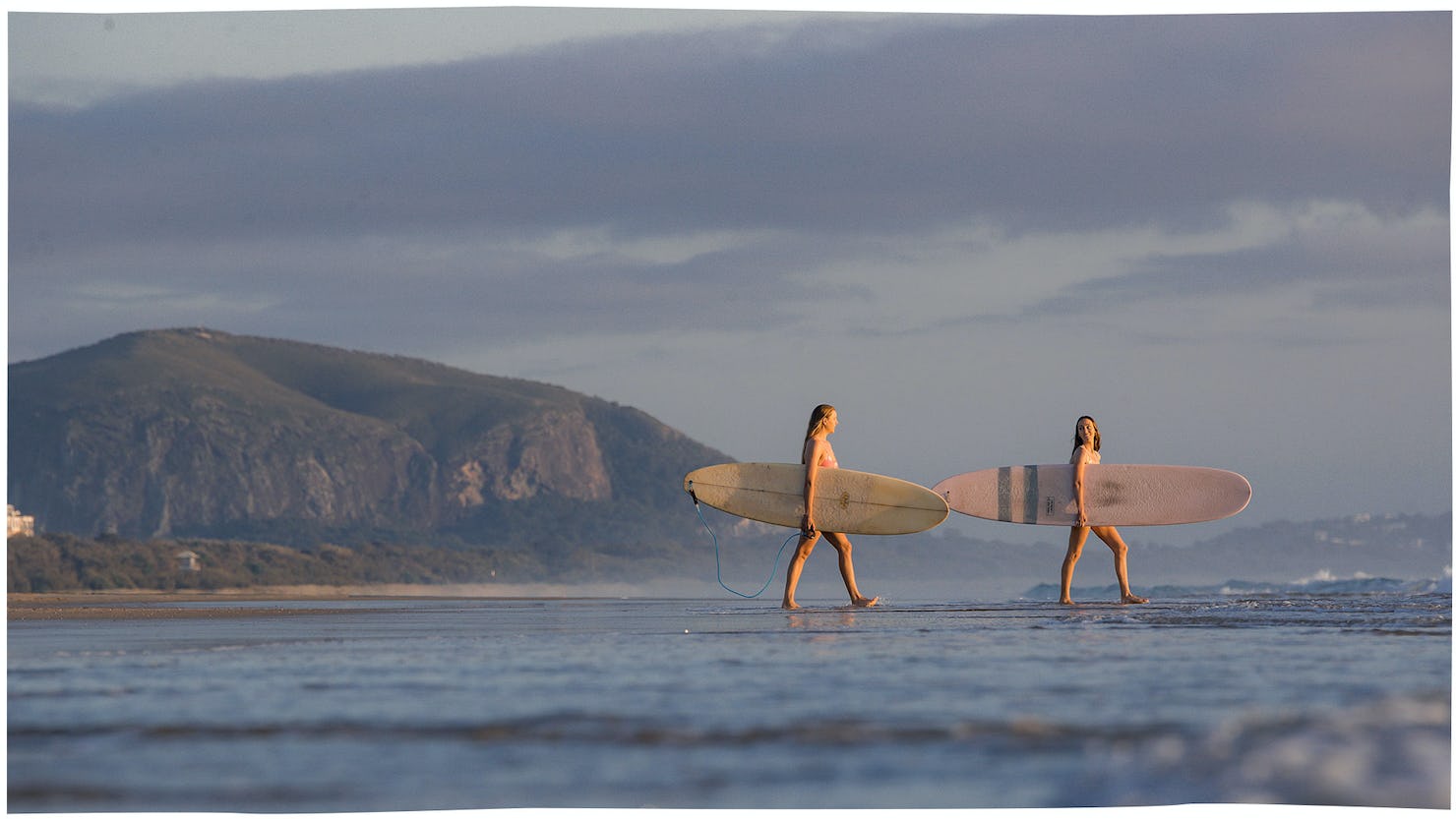 With an exposed beach and reef break, Coolum offers consistent conditions, and better yet, there are a bunch of great cafes to grab an espresso and refuel with breakfast post surf.

A little quieter than some of the neighbouring beaches and protected by a headland, the tree-lined Moffat Beach is a right-hand point break, ideal for long boarders all year round.

You don’t need to shred like Mick Fanning or Steph Gilmore to get out there and have some fun in the surf on the Sunshine Coast. 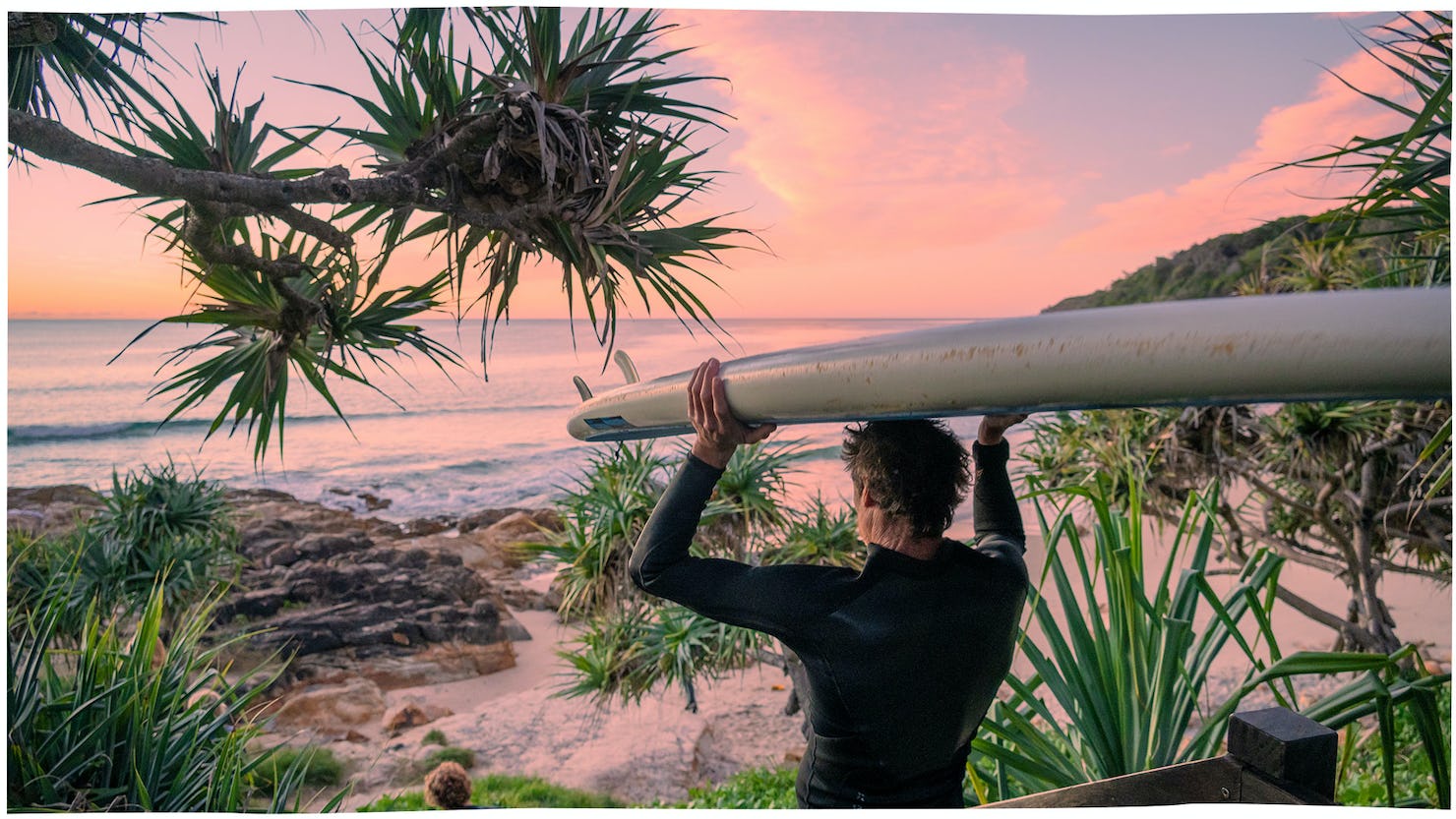 There are a bunch of surf schools with experienced professional coaches who will have you on your feet in no time - and won’t judge if you when you get dumped more than once.

The family-owned Coolum Surfing School offers individual and group classes with professional surf instructors who are passionate about passing on the ‘stoke’ of surfing. 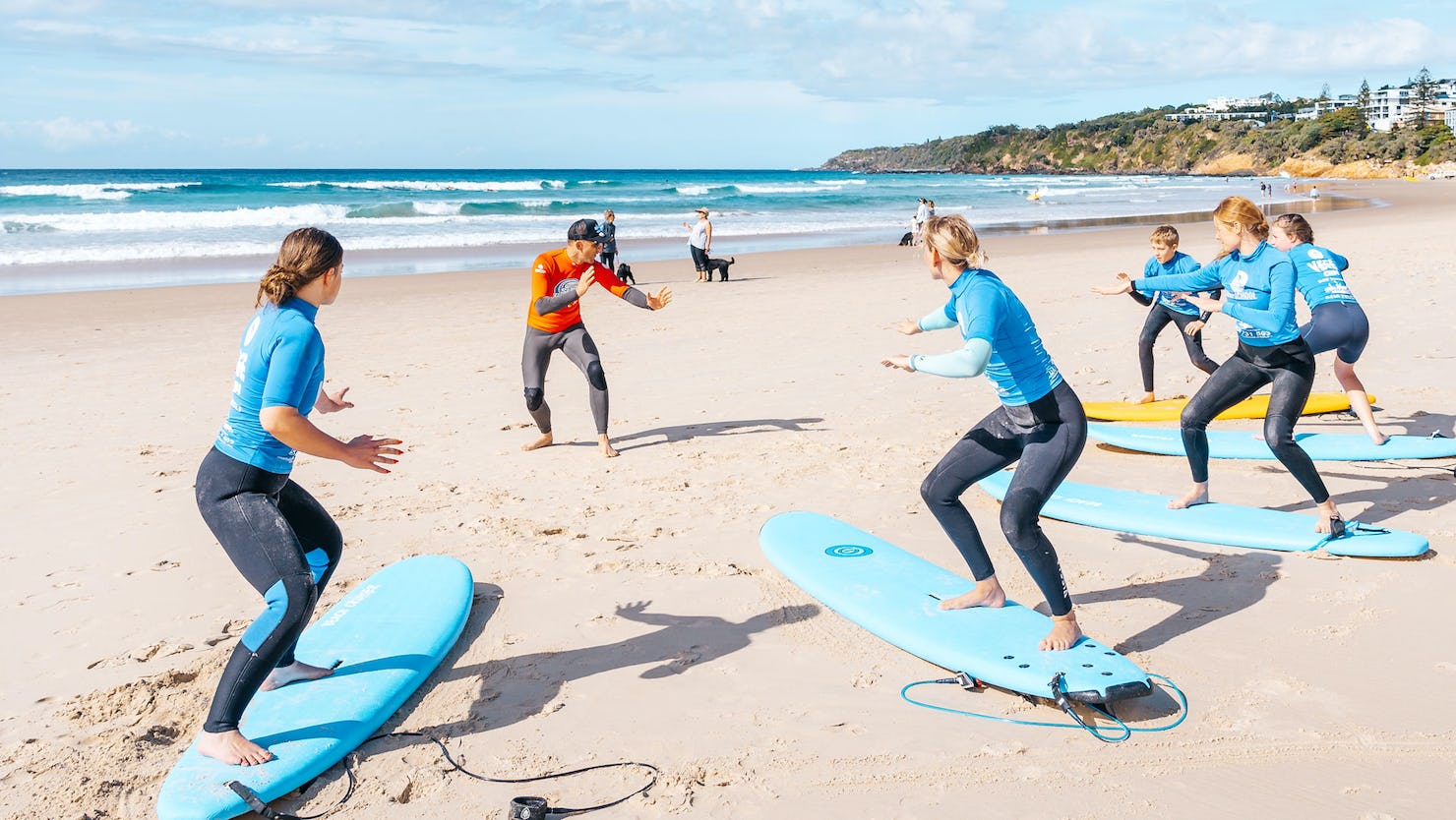 As well as beginner, advanced and surf grom lessons, North Caloundra Surf School has designed a Women on the Waves program, an inclusive women’s only surfing program for those who not only want to learn how to surf but want to be part of a social sisterhood and meet new friends.

Founded by former Australian and World Pro Am Champion, Merrick Davis, Merrick’s Noosa Learn to Surf will provide you with all of the skills – and style – you need to surf your heart out for years to come. 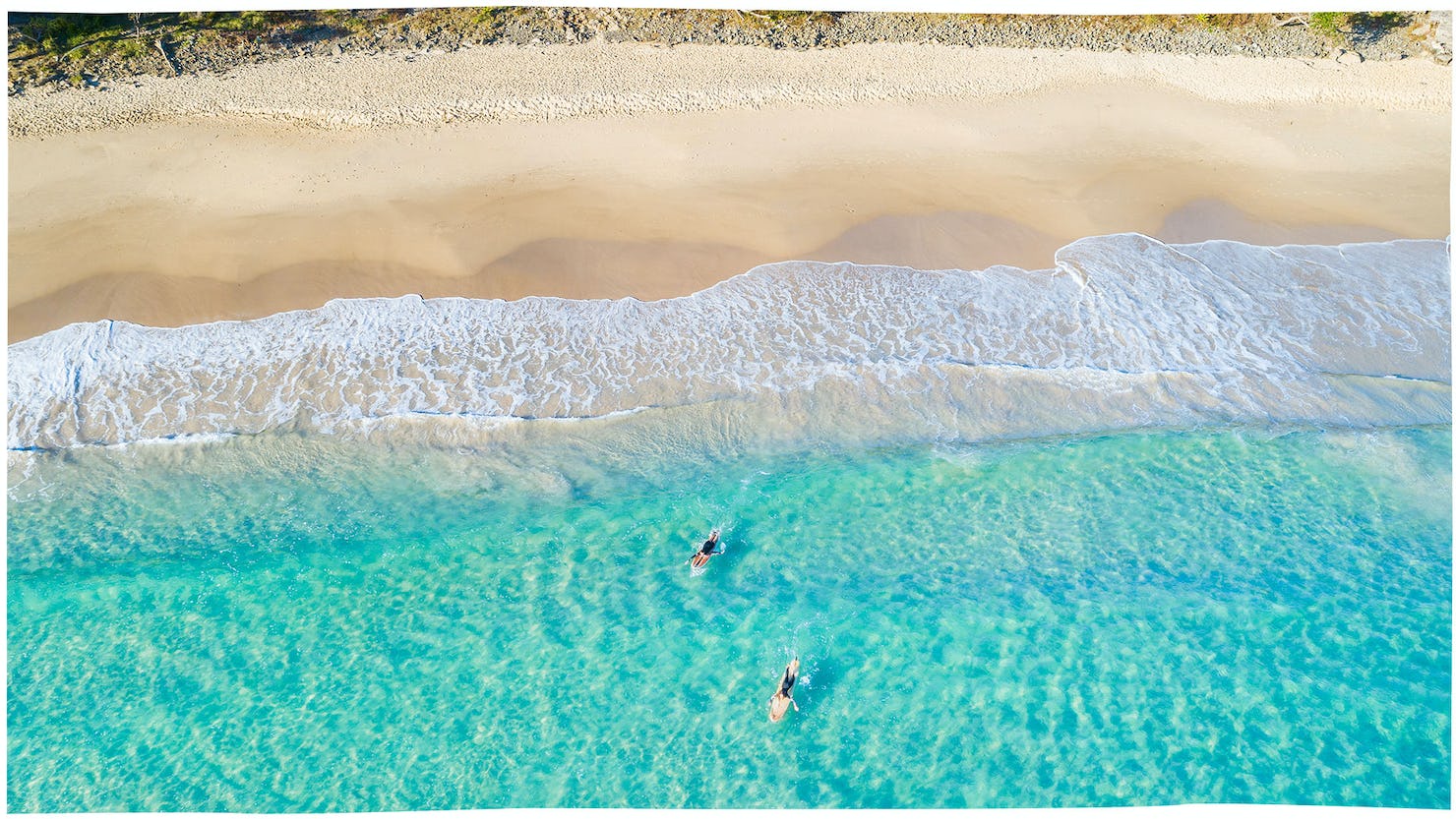 Further south, the legends at XL Surf Academy will show you the ropes at Alexandra Heads or Mooloolaba. 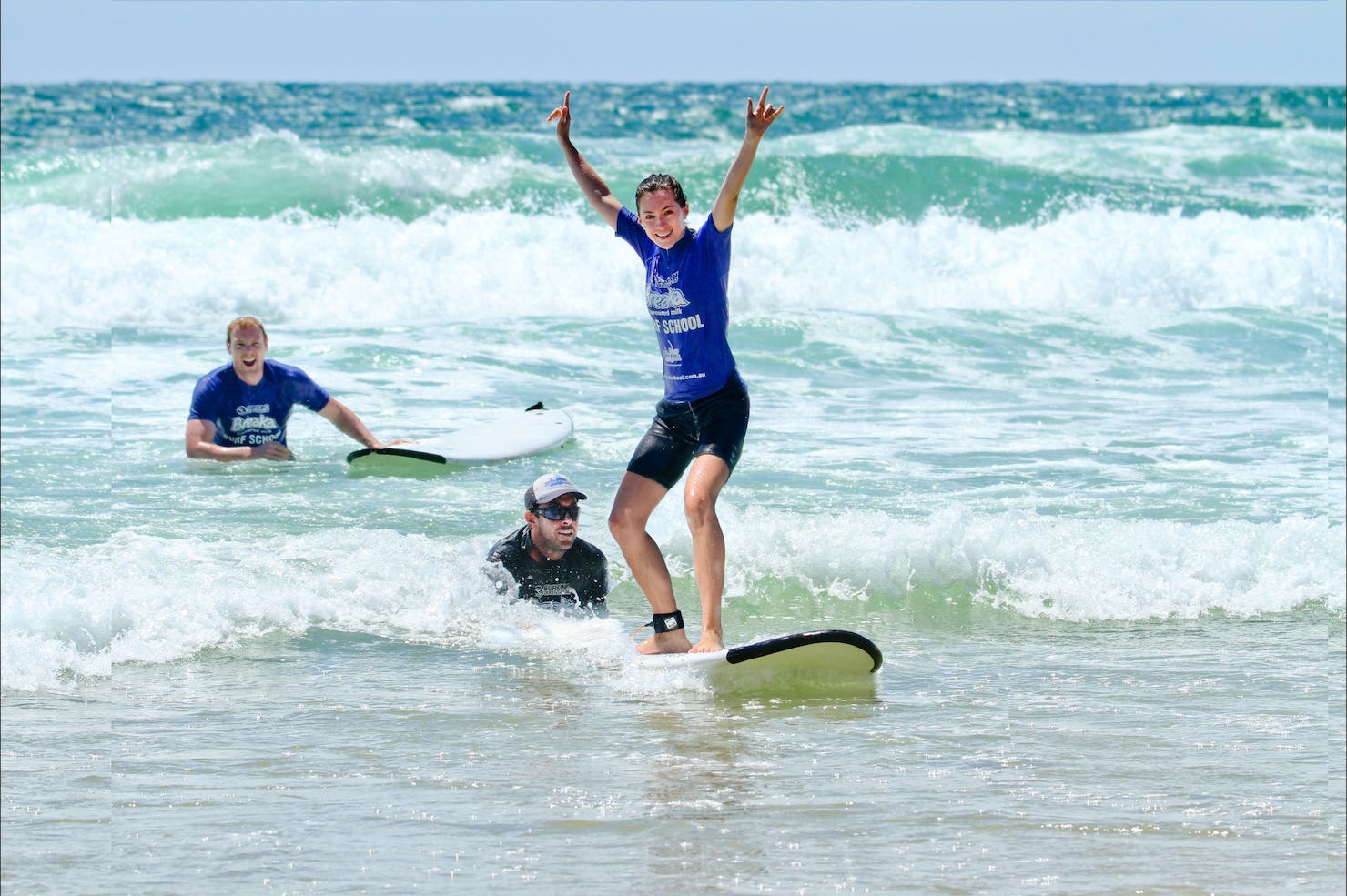 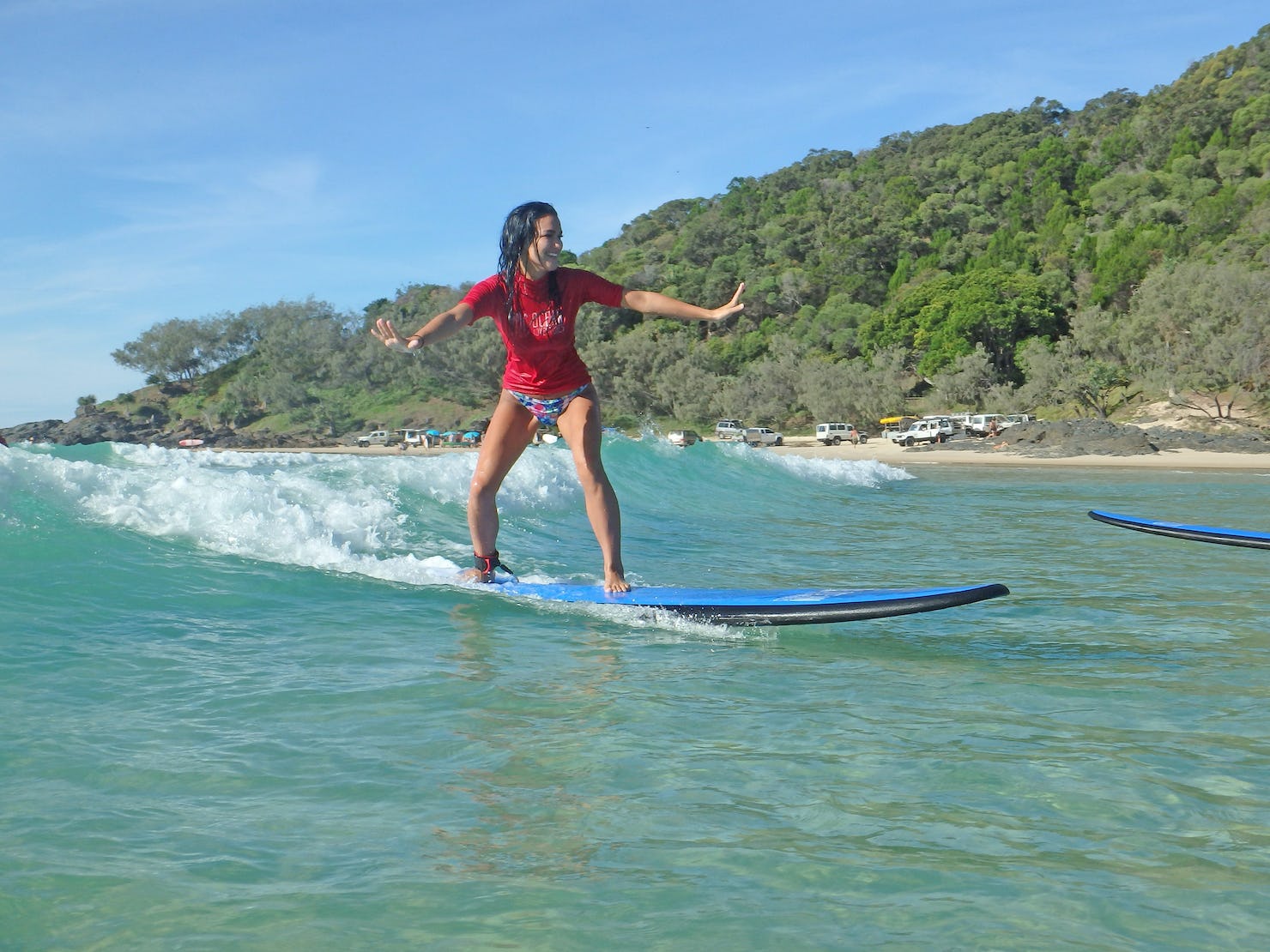 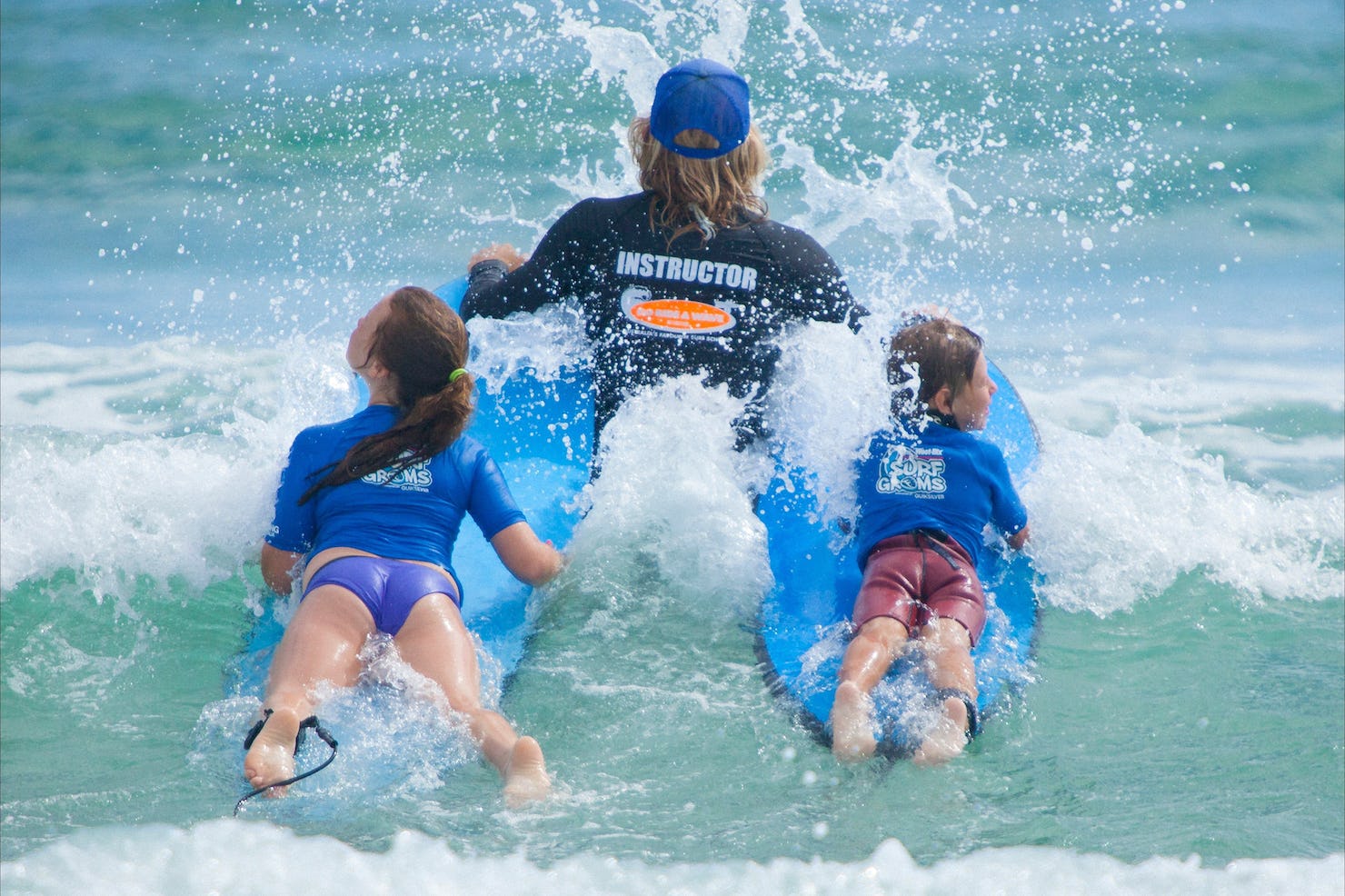 When you join a surfing lesson with Go Ride A Wave, you are learning to surf with Australia's largest and most professio... 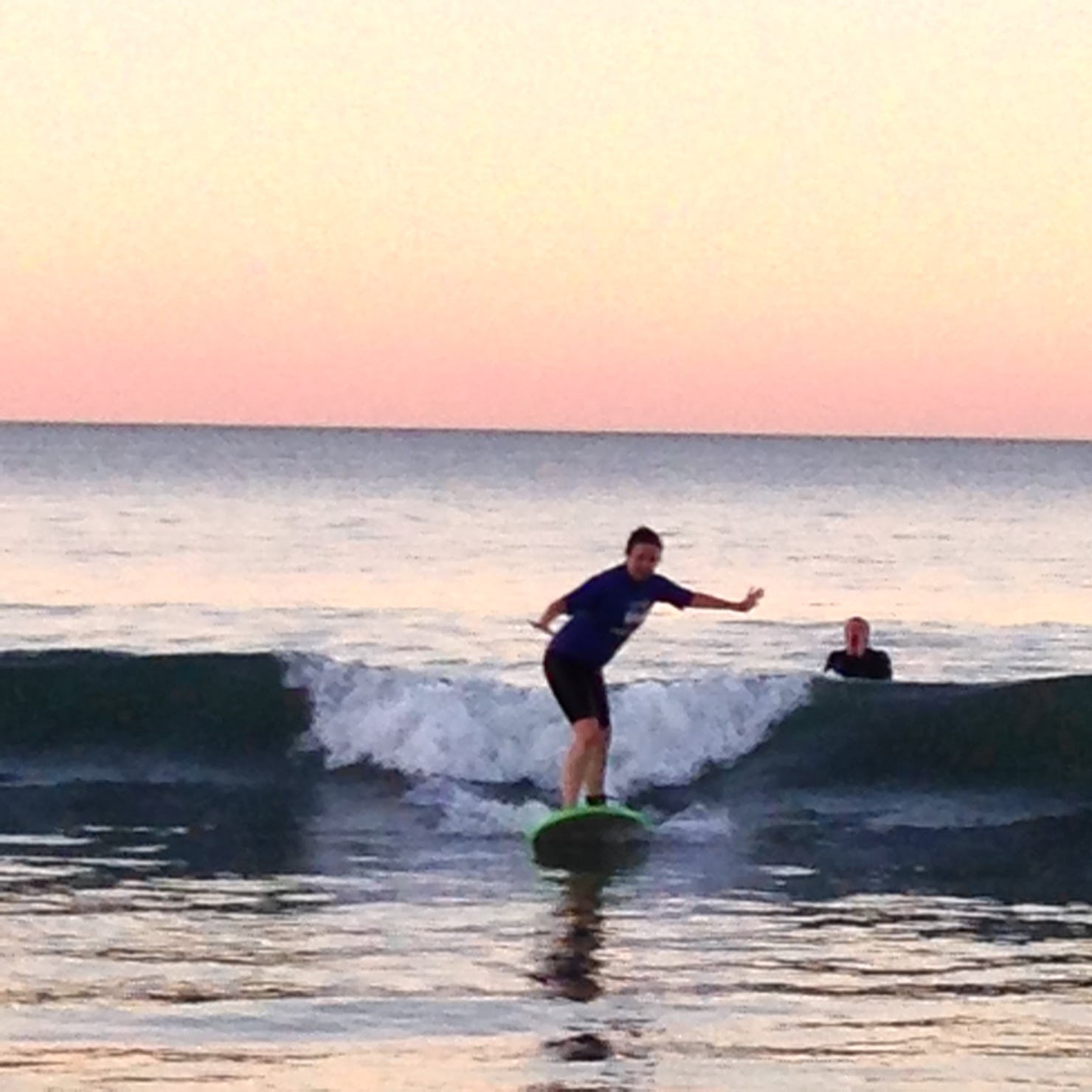 A tailored Learn to surf session in a fun and safe environment with qualified surf coaches with knowledge that they are ... 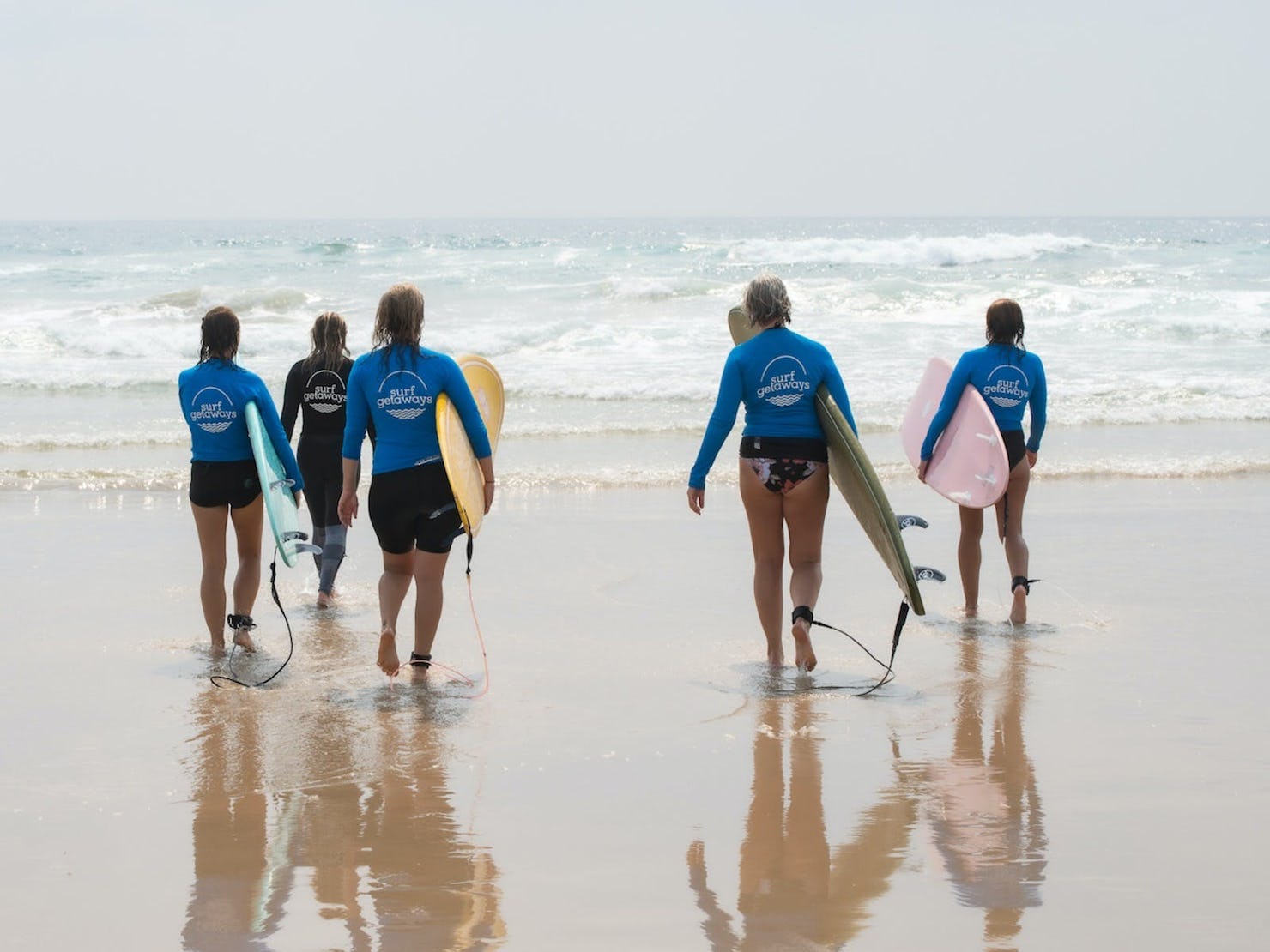 Surf Getaways is a surf travel and learn-to-surf company run by women, for women that aims to make surfing accessible fo... 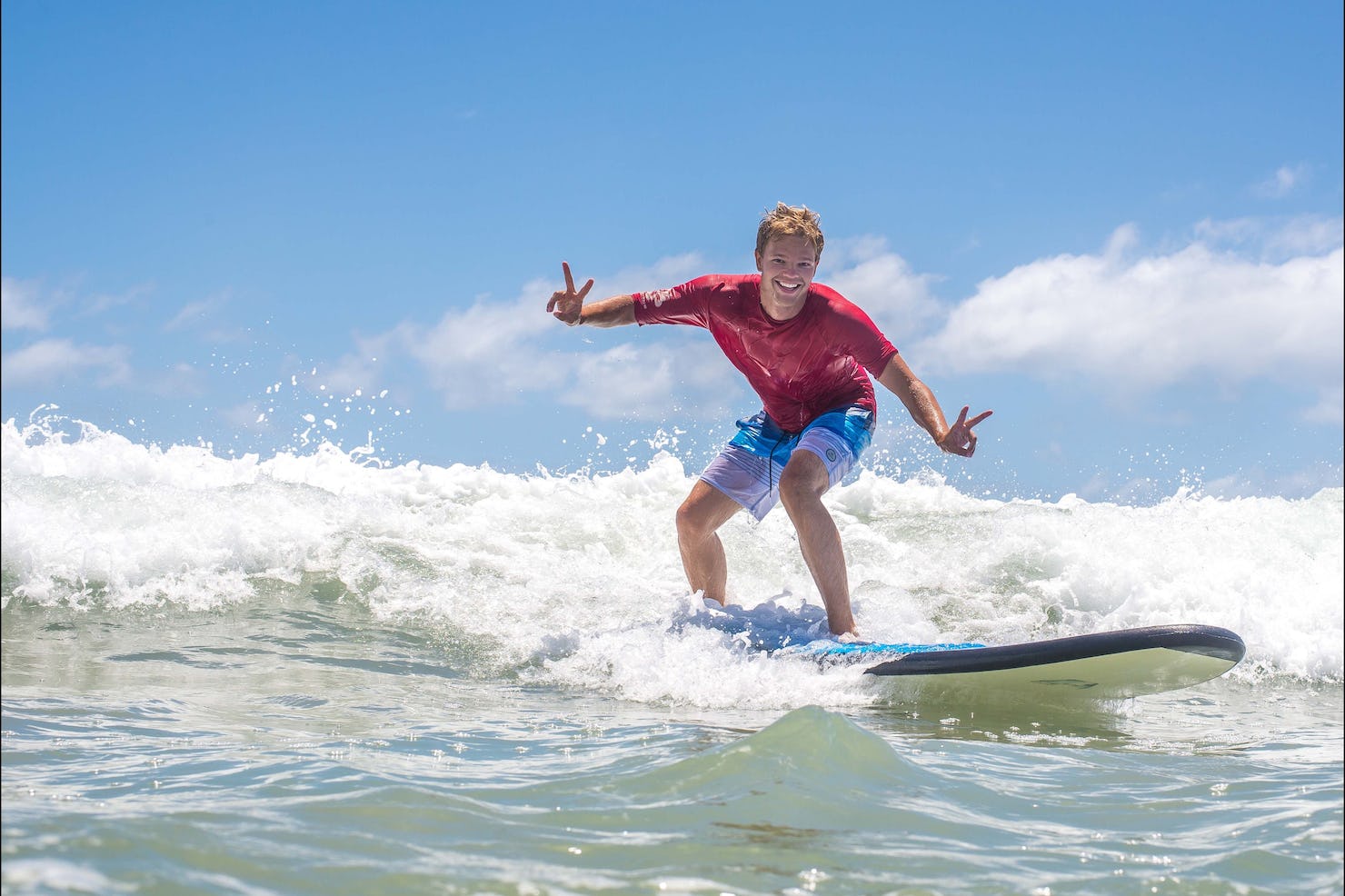 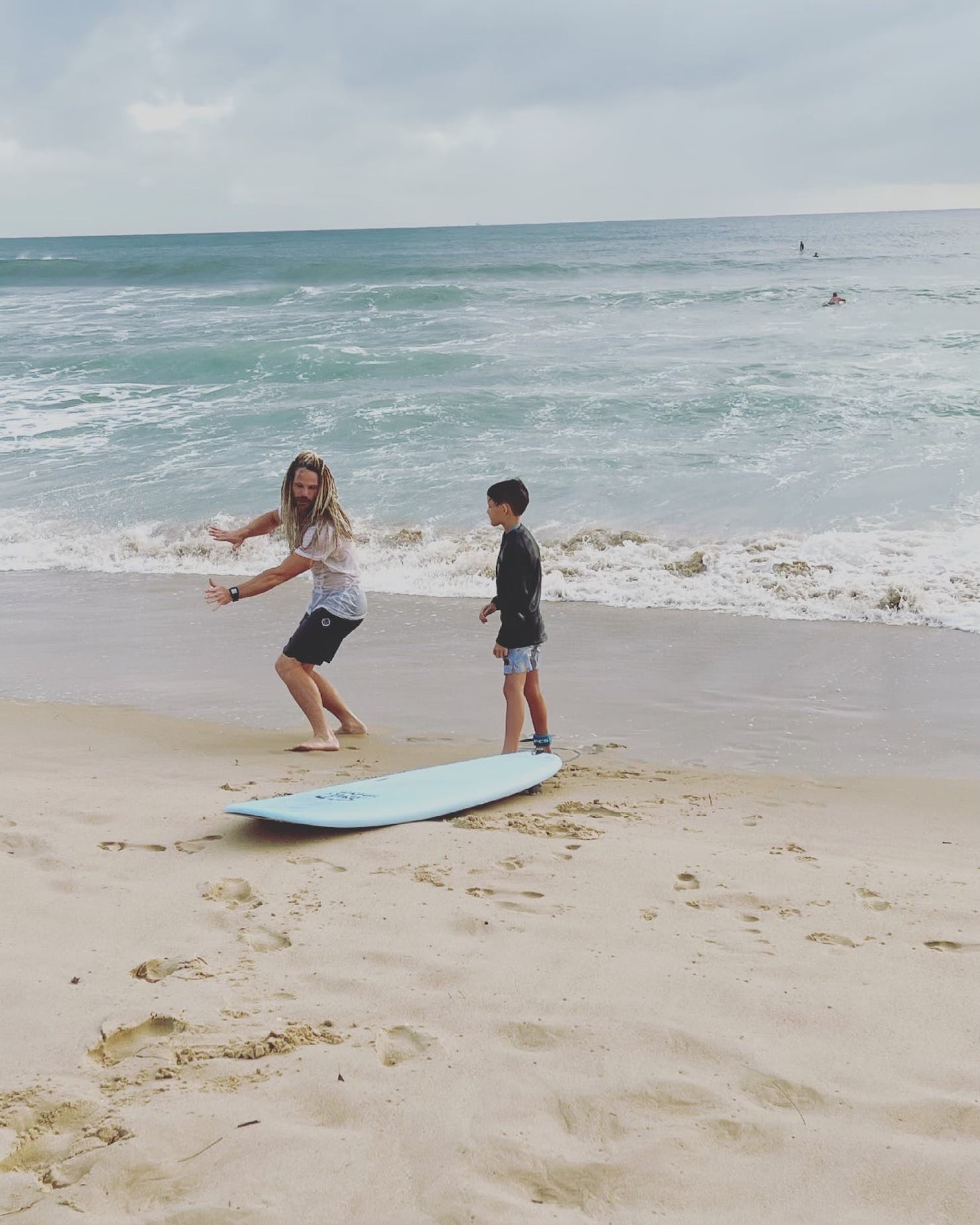 Surfing with Sam is a learn to surf business located in Alexandra Headland and Maroochydore. This surf school is an incl... 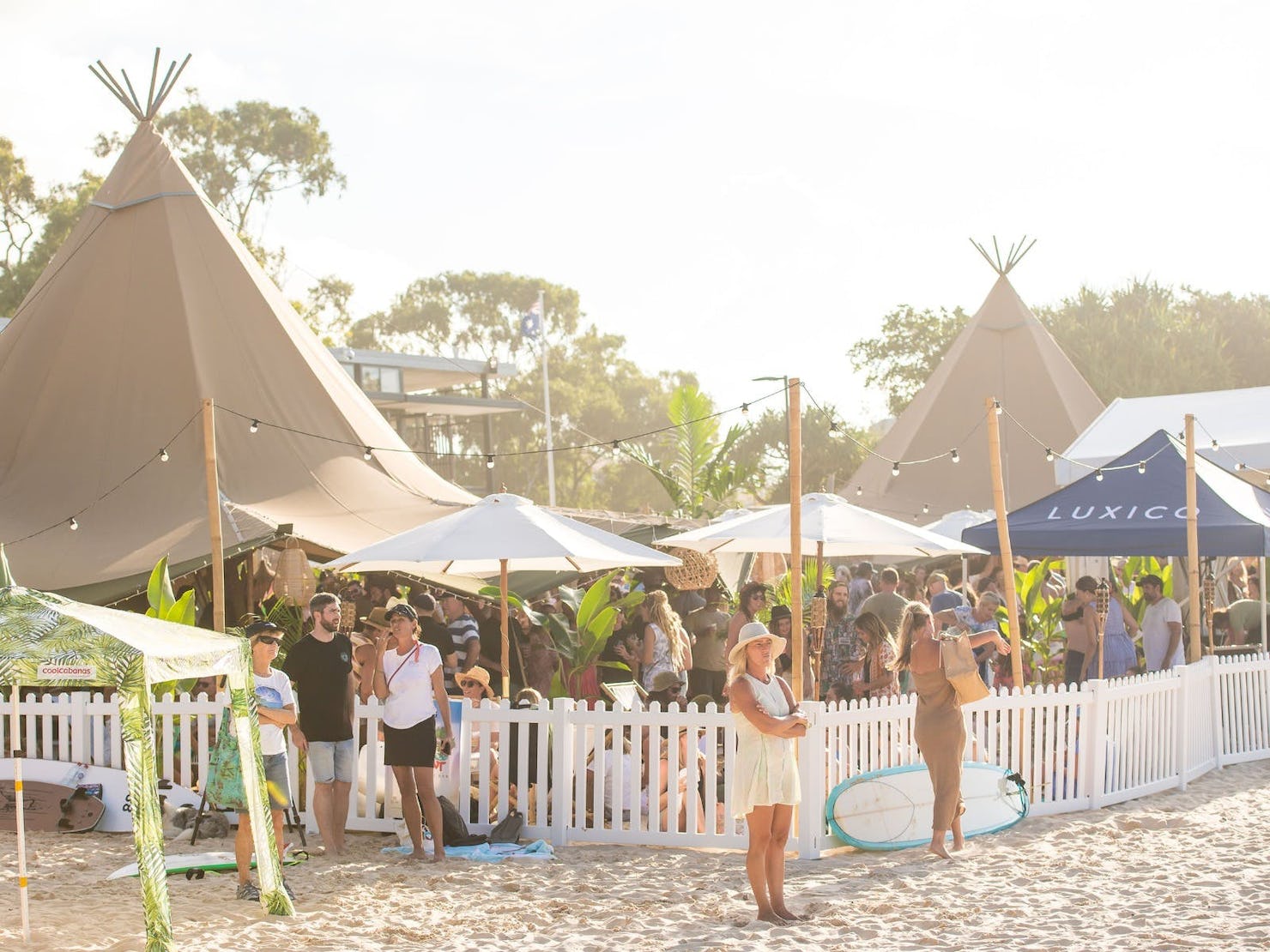 The Noosa Festival of Surfing brings the spirit, culture and the joys of surfing to the shores of Noosa Heads, a World S...